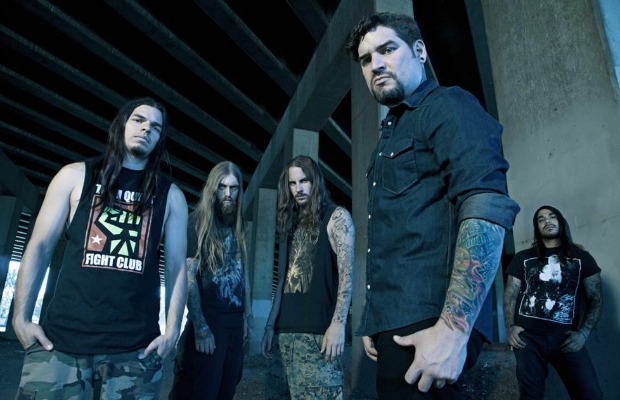 On a recent episode of Fuse’s Metalhead To Head, Suicide Silence drummer Alex Lopez appeared with We Came As Romans drummer Eric Choi. The two drummers eventually got into a lengthy discussion about  late Suicide Silence frontman Mitch Lucker, which you can watch below. You can also read a bit of what Lopez said:

“Whenever anyone asks me about it I always like to talk about it ’cause there’s a lot of people who don’t have closure, you know? I meet kids who are just mad at us for carrying on and carrying the torch and all that.

But it’s not about that, it’s about Suicide Silence… it’s a band, you know. We’re a big unit and we decided to move on. Not saying—I don’t speak for dead people, I’m not speaking for Mitch—but I know that Mitch would say that like if we don’t keep going then no one’s ever going to know.

There’s people that have never even seen us. There’re kids that never even heard of Suicide Silence until everything happened. We’re keeping not only him alive and his history—cause he’s not the first singer to pass, you know—it’s just he was just one true dude and everyone’s going to miss him.”

Suicide Silence will release their new album, You Can’t Stop Me, on July 15 via Nuclear Blast. The album will be the band’s first to feature new singer Eddie Hermida.