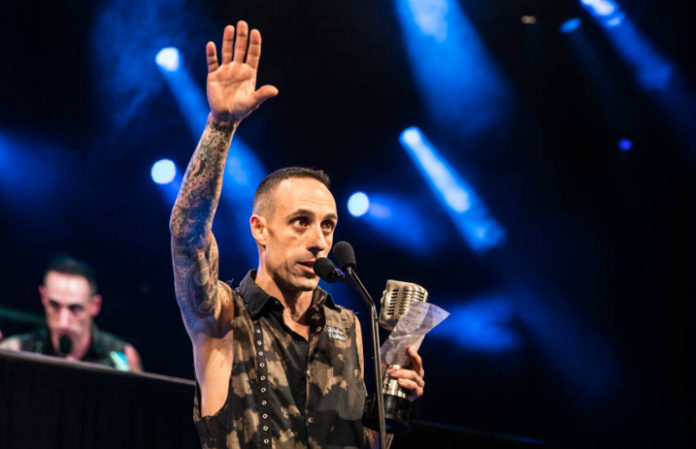 “The reason I play drums is because of my father and he passed away early this year, so this one’s for him,” said Zummo.

A crucial element to the reconstituted Sum 41, Zummo draws from his significant history in the LA rock scene, where he was a founding member of Street Drum Corps and an on-demand player powering outfits as diverse as theStart, Dead By Sunrise and Krewella.

Sum 41 are also nominated for Best Music Video for “Fake My Own Death” and Artist Of The Year at the 2017 awards.