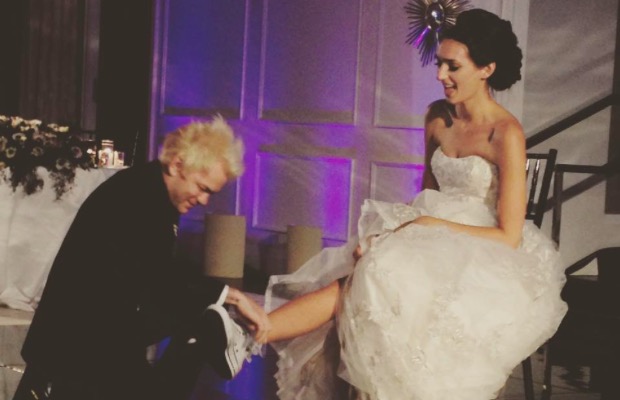 Over the weekend, Sum 41 frontman Deryck Whibley married model Ariana Cooper. The couple have a long history together; Whibley claims she has played a positive role in his ongoing recovery from alcoholism.

The newlyweds' ceremony was held at the Hotel Bel Air in Los Angeles, California, E! News reports. Guests entered the reception to Metallica's “Enter Sandman” and the couple’s first dance was held to the tune of Frank Sinatra's “Cheek To Cheek.”

This marks Whibley’s second marriage. He was married to pop star Avril Lavigne from 2006 to 2010.