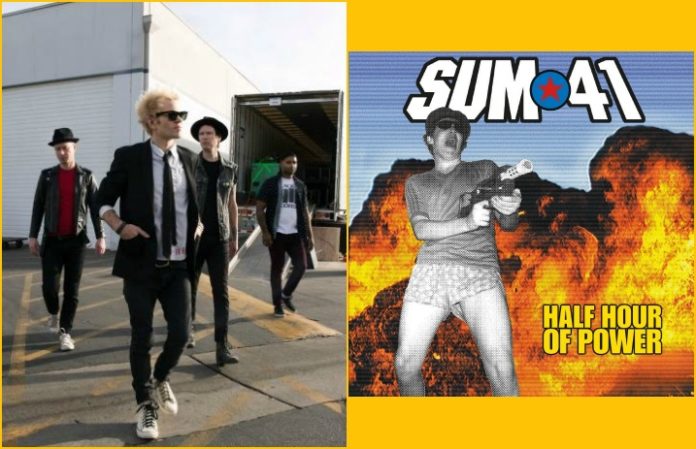 Sum 41's 2000 EP Half Hour Of Power is getting a limited edition vinyl re-release this October from SRC Vinyl! Get all the powerful details below.

Half Hour Of Power is where it all started for the Sum 41 discography. Originally issued on June 27, 2000, via Big Rig Records, it is the band's very first release apart from earlier demo recordings. While many fans consider Half Hour Of Power to be the band's first full-length album, the band themselves consider its follow-up, 2001's All Killer No Filler, to be their official debut LP.

Sum 41's new Half Hour Of Power reissue will be available on Friday, Oct. 20, in an opaque red/transparent blue haze variant, limited to 500 pieces, as well as a transparent gold/opaque red smoke version. The LP will feature a gatefold jacket with a deluxe 11×22 insert, and the album's audio was remastered specifically for vinyl by Kevin Gray at Cohearent Audio.

Check out the track listing below and pre-order the record here.