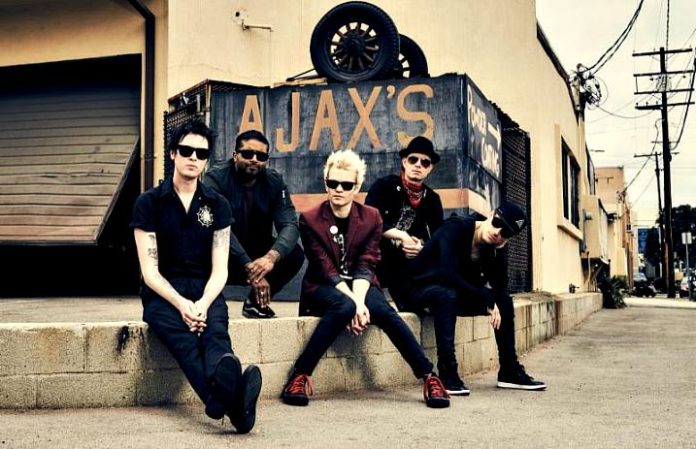 Sum 41 have released the first official single from their comeback album, 13 Voices. Check out “War,” along with an accompanying music video and statement from frontman Deryck Whibley below.

Read more: Sum 41 announce tour with Senses Fail, As It Is

13 Voices is due out Oct. 7 via Hopeless Records. (Pre-orders are on sale now.) In case you missed it, listen to “Fake My Own Death.”

“so we have officially picked the first single now. this song is called “war”. i picked this song because of it’s importance to me. i feel this song literally saved my life. i was at my absolute lowest point of what seemed like a never ending recovery. i was at a tipping point where i could have easily just given up and went back to my old ways of alcohol abuse which would’ve ended up killing me, which at the time felt like a better option. when all of a sudden, in mid thought, these lyrics sort of appeared in my head and i grabbed a pencil and paper instead of a bottle and started writing. when i read it back to myself i realized i had written words that i would need to live up to if i wanted to survive. whenever i had any thoughts of giving up i would read these lyrics myself to remind me that i need to keep fighting harder and what it was exactly i was fighting for.”