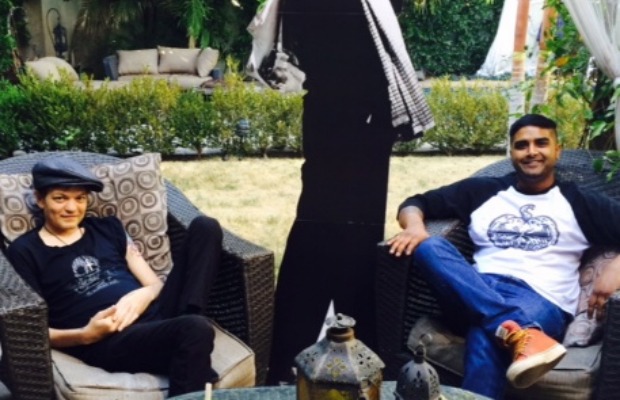 It’s been a rough couple of months for Sum 41 frontman Deryck Whibley: After being hospitalized for a month due to liver and kidney failure—the results of a chronic alcohol problem—the singer recently updated fans and appeared to be on the road to recovery. Now, Whibley has posted a new update on his official website, detailing a reunion with ex-Sum 41 lead guitarist David Nizam “Brownsound” Baksh.

Baksh played on the first four Sum 41 full-lengths—Half Hour Of Power, All Killer No Filler, Does This Look Infected? and Chuck—a.k.a. the good ones. According to Whibley, this was the first time the two have seen each other in seven years.

This, along with Whibley’s recovery, could be some much-needed good news for fans. Read an update from Whibley below:

“brown sound and i hanging in my backyard with sinatra! fun times hanging out with an old friend again, we haven’t seen each other in 7 years! we were soaking up the sun, playing some of my favourite guitars, laughing and watching funny movies. just like old times.”

Watch the video for “Over My Head (Better Off Dead),” taken from Does This Look Infected?.