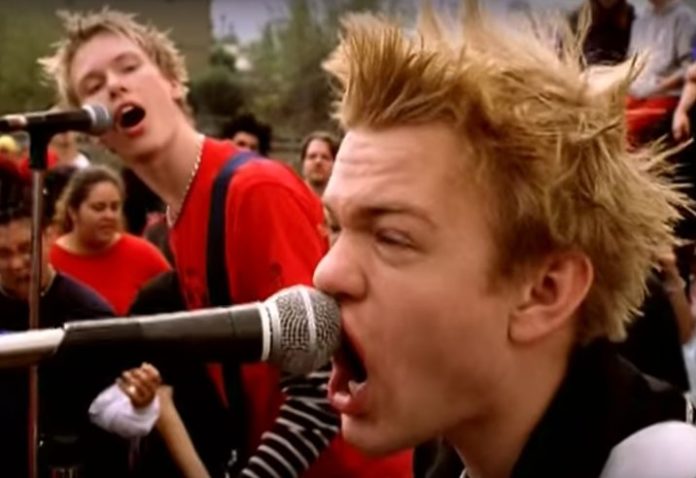 Sum 41’s iconic track, “Fat Lip,” was released 15 years ago today on April 22, 2001. It is the fourth track on the band’s debut studio album, All Killer, No Filler, which offered other breakout hits such as “In Too Deep” and “Motivation.”

“Fat Lip” peaked at No. 66 on the Billboard Hot 100 chart. It has been featured in various movies, TV shows and video games. The music video, which you can watch below, received significant rotation on MTV.

Sum 41 have been hard at work on their comeback album over the past year. In January, frontman Deryck Whibley revealed that the record was “almost done.”