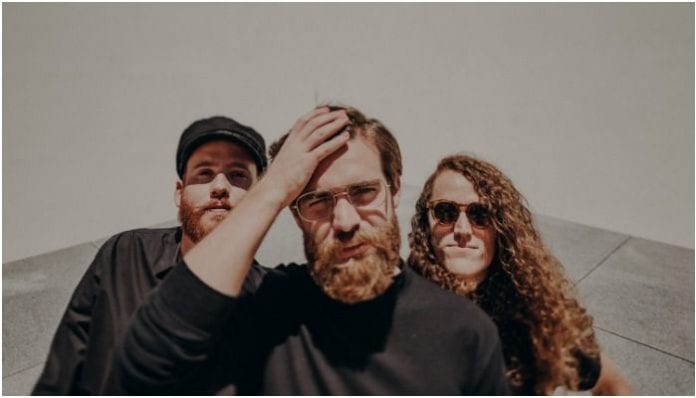 If you’ve gone on Twitter in the last 24 hours to check up on the latest news from Super Whatevr, you might have noticed that the band’s account is no longer in use.

Odd, right? Well, it appears that the group has received a temporary ban from the platform. Though it wasn’t for anything bad, rather, the group received a ban for the most wholesome reason ever: they just wanted to put their “band birthday” on their account.

Luckily, the band’s frontman Skyler McKee has a personal account, and he’s shared the unfortunate misunderstanding with his followers…with the best Twitter thread we’ve seen in a while.

“I tried to set my birthday for Super Whatevr on twitter (because that sounded like an adorable thing to do) and it didn’t meet the age requirement so I got locked out… shit.” the vocalist wrote in a tweet.

As a result of trying to put their actual “band birthday,” on the page, Twitter issued a ban on the group’s official account.

The reason for the lockout? Twitter has a pretty strict policy when it comes to the age of its users, and according to platform’s terms of service, users must be at least 13 years of age in order to be able to make an account.

This isn’t the first time a band has been locked out of their Twitter account for trying to celebrate their birthday. If you recall, back in May, it was reported that the Maine went through the exact same situation.

As it went, the band wanted to celebrate their formation by adding their birthday to the account, only for Twitter to put it on pause because that would mean the group would only be 11-years-old.

Luckily, the Maine got the situation sorted out and they were back on Twitter shortly after receiving the “lifetime” ban. So, we’re positive Super Whatevr will too!

But, until then, you can check out McKee’s tweets detailing the whole thing below:

.@Twitter HELP i wanted to put my age for my band @superwhatevr and it suspended my account!

During this time, McKee also took to Twitter to ask Waterpark‘s Awsten Knight what to do, which isn’t a bad idea considering Knight was locked out of his own Twitter back in March for a tweet he made about Jell-O.

And then he posted this video to show what one goes through when getting locked out of your Twitter account, and honestly same:

To finish off this round of unfortunate (but incredibly sweet) Twitter news, the frontman took a screenshot of his new Twitter name for the time being:

In other Super Whatevr-related news, the band recently got announced as support for Set It Off‘s Midnight World Tour’s U.S. leg. Also joining the two bands is With Confidence. Tickets for the upcoming run are available now, and you can get yours here!

We’re thrilled to announce that @withconfidence_ and @superwhatevr will be joining us for The Midnight World Tour in North America! ⌛️

We’re sending Super Whatevr all the good vibes, we’re sure you’ll get your Twitter up and running in no time!