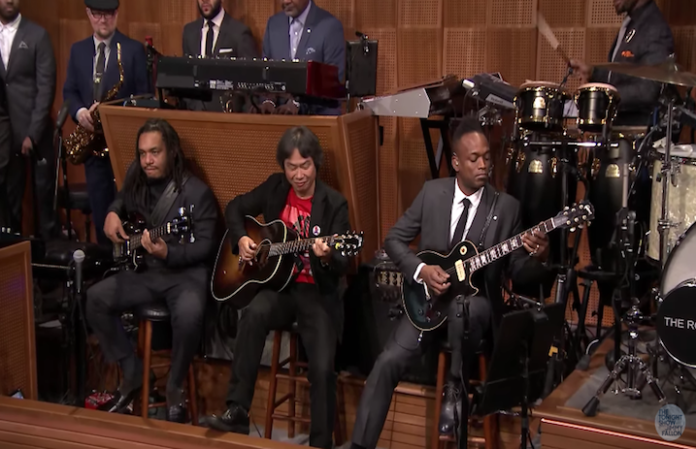 While you're waiting for Super Mario Run to be available in the app store (it launches Dec. 15), Shigeru Miyamoto—a.k.a. the creator of Super Mario Bros.—showed off his guitar skills with the Roots on The Tonight Show Starring Jimmy Fallon.

The band and Nintendo legend surprised the audience with an epic performance of the iconic video game theme song to Super Mario Bros.—cue our major FOMO.

Check out the video below and let us know what you think in the comments.

President of Nintendo of America Reggie Fils-Aimé was also on the show to debut the Nintendo Switch gaming system, which launches March 2017. The Switch allows players to go from playing games on their T.V. to a handheld device. Even better, there are two controllers on the handheld so you can play with a friend.

See the reveal below.