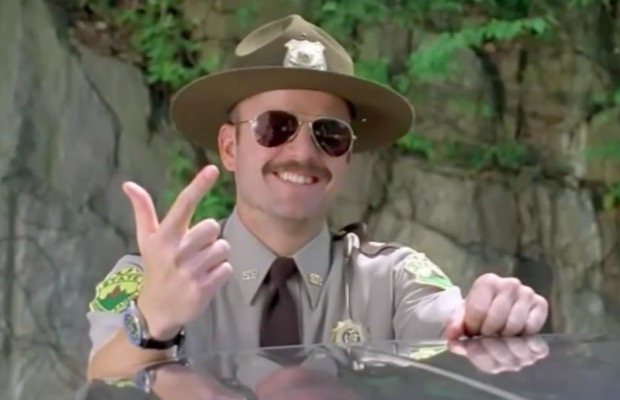 14 years after the original Super Troopers hit theaters, a sequel has officially been confirmed and will commence filming later this year, (via Rolling Stone).

At this point, you've more than likely come across the film's IndieGoGo page, which reached its initial goal of $2 million within 24 hours. Yesterday, the campaign closed with over $4 million raised, making it the second most successful crowdfunded film of all time, coming in behind Veronica Mars' $5.7 million Kickstarter.

If you're just finding it for the first time and would like to donate, you can still join and receive perks.

While you impatiently await further updates, you can watch a trailer that was made for the campaign below.