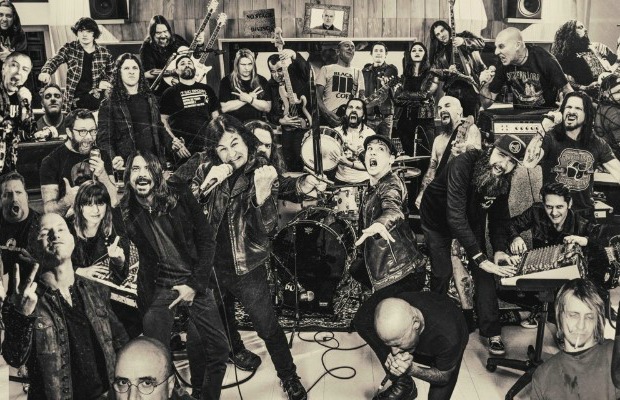 Supergroup Teenage Time Killers have released yet another new song, “Ode To Sean Hannity,” featuring Dead Kennedys’ Jello Biafra on vocals. The track will be featured on the group's debut album, Greatest Hits Vol. 1, which is set to be released July 31 on Rise Records. Pre-orders of the album are available now.

Drummer/vocalist Reed Mullin explains: “I saw John Cleese from Monty Python on an episode of Keith Olbermann’s old MSNBC show a couple years back, where he happened to read his poem Ode to Sean Hannity aloud. It was fucking hilarious—the rhythm, or cadence rather, and biting political comedy sounded just like a song Jello and the Dead Kennedys would have written back in the old days. So, when we were getting our original 5 songs together for what later turned into Teenage Time Killers, I put Cleese’s poem to music, asked Jello to sing it, he said ‘yes’ and the rest is history.”