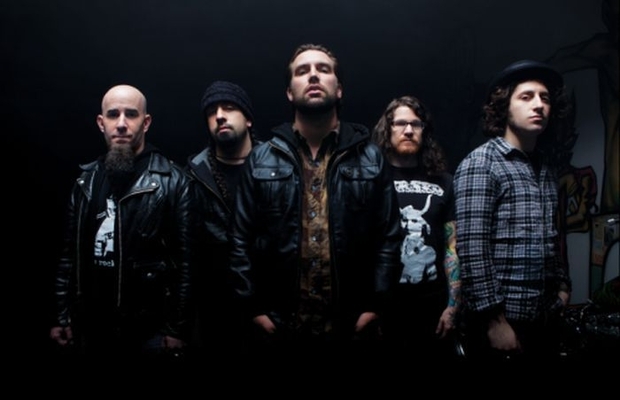 Supergroup the Damned Things—comprised of Andy Hurley and Joe Trohman of Fall Out Boy, Keith Buckley of Every Time I Die, Scott Ian of Anthrax, Rob Caggiano of Volbeat and formerly Anthrax and ex-Every Time I Die's Josh Newton—seem to have risen from the dead.

According to Hurley, the band recorded a new EP (via the PRP). Check out what he had to say about it below.

Hurley says, “I recorded five songs for an EP with The Damned Things—I don’t think we’ll be playing, Anthrax is still touring on their last record. ETID just put out their new record, uh, who else? Josh Newton I think has been playing lately. He tech’d for Joe for awhile, I’m not sure if he’ll be back when we’re back. So you know, that’s all over the place.”

Dating back to 2008, when Trohman and Ian started writing music together, the supergroup played their first show in 2010. The band's debut album, Ironiclast, was released almost exactly six years ago—Dec. 14, 2010. Afterwards, the band played some shows in 2011.

Watch more: APMAs 2014—Fall Out Boy close the APMAs with “The Phoenix”