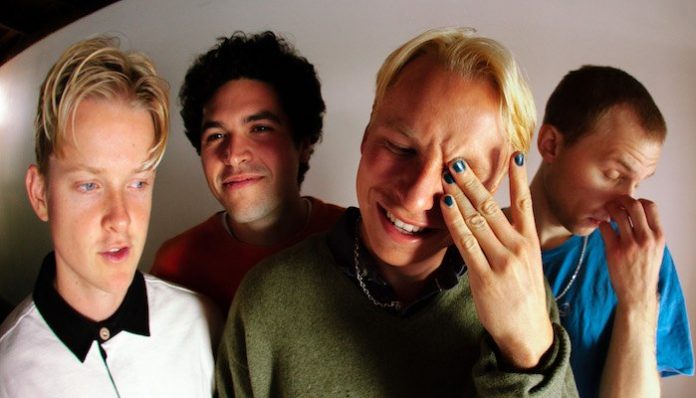 SWMRS are just over a month from the release of their upcoming album, Berkeley’s On Fire, and now they’re gracing us with a batch of new tour dates.

We already knew the band were hitting Europe next month, and now they’re unveiling a round of North American gigs.

Today, SWMRS announced the Berkeley’s On Fire North American tour. The Regrettes and Beach Goons will be joining them as support.

Title track “Berkeley’s On Fire” was the first taste of their new album back in August followed by “April In Houston” in November.

Both tracks will appear on their upcoming album Berkeley’s On Fire, which will be out Feb. 15 via Fueled By Ramen.

Co-frontman Cole Becker directed the latest track’s music video along with Jarod Taber and his sister Marki Becker. SWMRS collaborated with producer Rich Costey (Muse, Death Cab For Cutie) to get the experimental new sound heard in “April In Houston.”

With Berkeley’s On Fire, SWMRS hope to create a safe space for people wanting to escape negativity in media.

“When we were writing these songs, we were very conscious of our role in creating a space for people to escape from the nonstop negative media cycle,” Becker says. “It’s a strange time to be young; our generation knows the duality of feeling like an unstoppable force for change in one moment and a powerless wreck in the next.”

While the band wanted to create a safe space free of negativity, Becker says the band also wanted to document what it’s like to live in these times.

“We wanted these songs to document that feeling we’ve observed closely in ourselves in the people we’ve shared our music with over the past three years,” he says.

We’re hitting the US highways with fellow Californians @regrettesband and @beach_goons
Pre-order our album Berkeley’s On Fire at https://t.co/P4nDCqa7A8 to receive first access to Pre-Sale tickets starting tomorrow morning at 10am local time. pic.twitter.com/xzhaqMdz6b