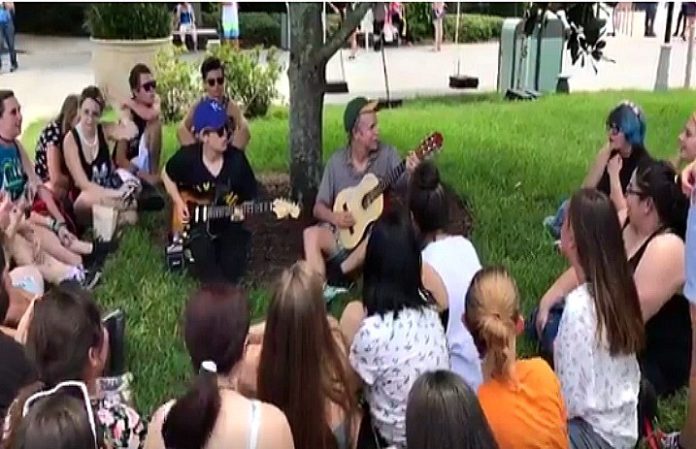 After All Tme Low were forced to cancel their Orlando show due to unsafe conditions, supporting band SWMRS took it upon themselves to give fans an impromptu acoustic set in a grassy lot just outside the venue.

Check out a video from the makeup performance below.

Read more: All Time Low forced to cancel show due to unsafe conditions

After the air conditioning at the House of Blues went down on a night where temperatures were set to reach above 100 degrees Fahrenheit, the August 6 show of All Time Low's tour supporting their Last Young Renegade album was canceled. SWMRS took it upon themselves to offer fans a free acoustic session to make up for it.

ORLANDO. we're playing some songs acoustically outside the house of blues RIGHT NOW.

Fans were thrilled for the impromptu performance, many of them thanking the guys for coming out in the blistering Florida heat to perform for their fans. Check out the video below for footage from their intimate, outdoor, acoustic set.

Much love to the @swmrs boys for coming out into the heat to play yesterday after the show got cancelled pic.twitter.com/5CLkboFA2T

Did you catch SWMRS on their tour run with All Time Low? Let us know in the comments below!