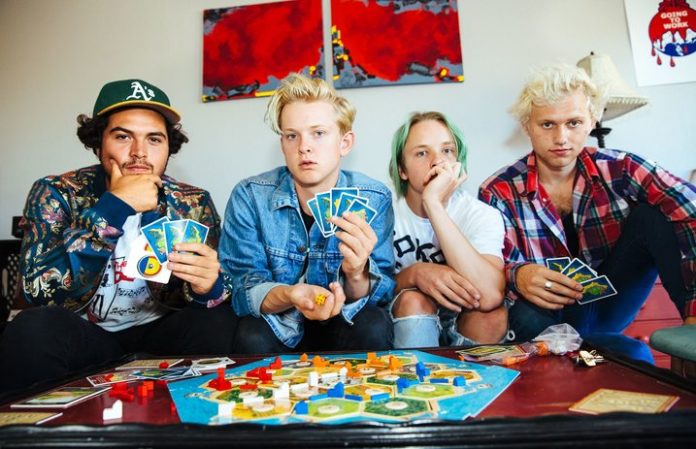 Oakland, California's SWMRS (formerly Emily's Army) have announced a new full US headlining tour with the Frights this February. The tour will be in support of the band's upcoming album Drive North, produced by FIDLAR's Zac Carper, out sometime in February via the band's own independent label Uncool Records. The tour kicks off in Tuscon, Arizona at Club Congress on February 16, and will wrap up on March 23 at The Black Sheet in Colorado Springs, Colorado.