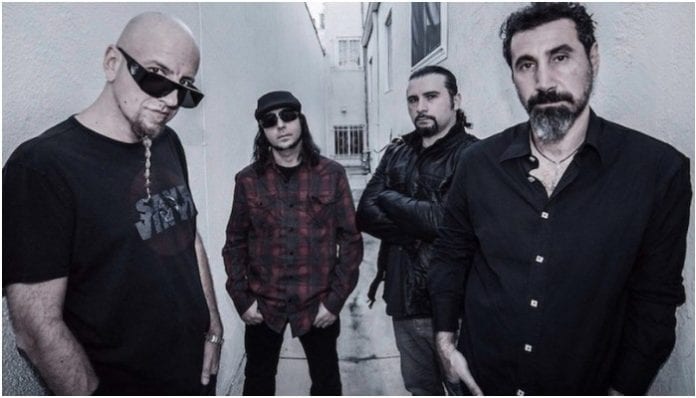 We’ve been reporting on System Of A Down finally making new music for quite a while now, and with the band still being deadlocked on the direction of the new album, SOAD‘s bassist Shavo Odadjian has started to consider hiring a band psychiatrist.

Read more: Serj Tankian posts statement on why System Of A Down hasn’t released new music

Odadjian appeared on KROQ‘s The Kevin & Bean Show yesterday (Oct. 9) where he discussed the band’s apparent difficulties in producing a follow-up album to 2005’s Mezmerize and Hypnotize.

Speaking of the new album, Odadjian shared that if it was up to him, he would already have the album out, or at least close to being released, saying:

“If it was my way, it would be now. But it’s not, it takes four to tango… I’m hoping—because like I said, for me, we have so much material,” Odadjian said (transcription via The PRP). “We have material for like the last 10-12 years. We all write. So I personally have a lot, Daron has a lot, I know Serj got a lot, but I don’t know… I don’t know what’s going on.”

While the band has material from the past 10 to 12 years, that doesn’t seem to have moved the process along.

At one point in the interview, one of the hosts from the show joked that the band should hire the psychiatrist from Metallica‘s Some Kind Of Monster documentary, to which Odadjian shared it’s something he’s considered.

“I’ve had that conversation. That would be cool, like maybe someone has to sit in the middle and be like ‘this is what it means.’ And ‘this is what he means.’ But it’s not like someone has done something. There’s no like where he could be ‘oh he did this for that reason.’…”

System Of A Down’s album update:

System Of A Down’s Serj Tankian has been pretty vocal about the lack of new music from the band and the reasoning behind it.

Back in July, Tankian posted a lengthy Facebook post from the vocalist last month, where he explained why System Of A Down has not released new music and detailed how he wanted to leave the band in 2006.

He then said in an interview with Forbes, he opened up about the possibility of new music by stating, “It’s gotta feel right.” You can ready the full interview with Tankian and Boyd here.

System Of A Down announced a few months ago that they will be heading out some headlining dates with At The Drive-In and Skeleton Witch later this month. Check out the full list of dates below.