Taco Bell has figured out exactly what you need to be this Halloween by unveiling a line of costumes inspired by the chain’s popular items.

While the idea of dressing up as a Taco Bell sauce packet isn’t new, it’s the first time the chain has released their own licensed costumes.

There are costumes for each of the sauce packets — fire, verde, hot and diablo — that you can buy either as a tunic or a dress.

Also, there is a Cheesy Gordita Crunch tunic and a 7-Layer Burrito Baby costume. They both look as amazing as they sound, so your whole family can dress in T-Bell swag this year.

Each hot sauce outfit is available now for $39.99 while the Cheesy Gordita Crunch costume costs $44.99. For the baby costume, it’s $24.99. You can shop here and see photos of the looks below. 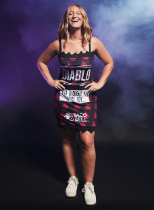 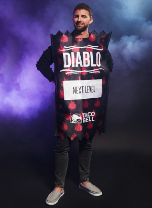 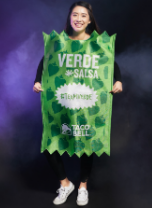 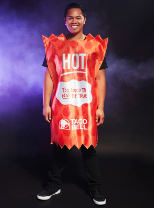 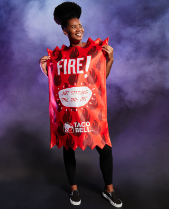 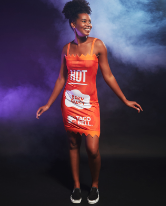 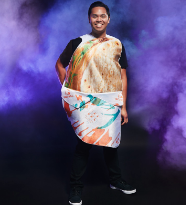 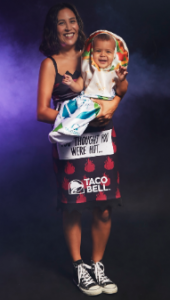 What do you think of the Taco Bell Halloween costumes? Sound off in the comments down below!