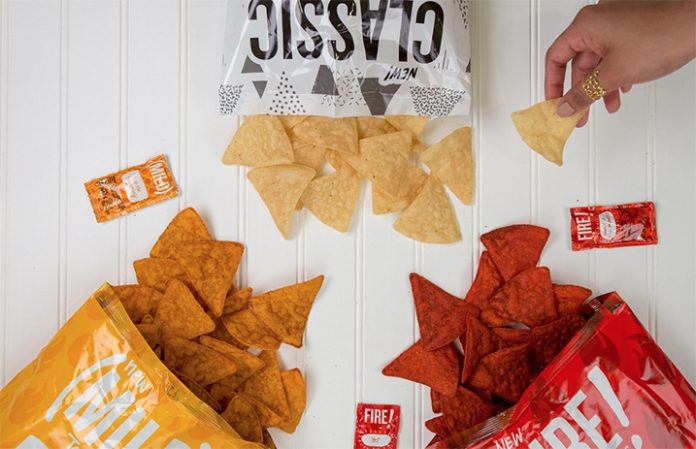 New menu items at any food chain make our hearts melt, and when those new items come from Taco Bell, it makes our hearts swoon.

Taco Bell has been giving us delicious meals and treats for a while now. Most recently? Those nacho fries that we can't get enough of.

While Taco Bell has tried to produce creative and delicious meals, one thing has always been with us: their delicious sauce packets.

To add to their growing list of new treats, the food chain announced their plans to sell Taco Bell sauce packet tortilla chips, per a report from Bustle. The new chips will be available in three flavors—classic, fire and mild—all of which will be seasoned with Taco Bell's special blend of spices.

Bustle also reports that each chip will have their own flavors, and we're slightly freaking out.

According to the site, the Classic chips are “tossed in salt and crisped to perfection,” while the Fire chips will have “the fiery flavor of Taco Bell’s Fire sauce, with hints of jalapeño, chili peppers and paprika.” For those looking for a good inbetween flavor, the Mild chips will feature a “bold mix of flavors found in Taco Bell’s Mild sauce including hints of three chili peppers and cumin.”

It’s out of the bag. Taco Bell Tortilla Chips are coming this summer. pic.twitter.com/cd22srcHsH

The chips will be available at select retailers and grocery stores around the U.S. this summer, and we need to get our hands on them ASAP. There's no word yet as to when these delicious chips will be hitting shelves, but we can't wait to try them.

It doesn't look like we're alone in our excitement either:

Taco Bell chips are out just when I’ve officially decided to cut spicy food out of my diet. �� https://t.co/xhg04WIMdZ

How many more days until summer?