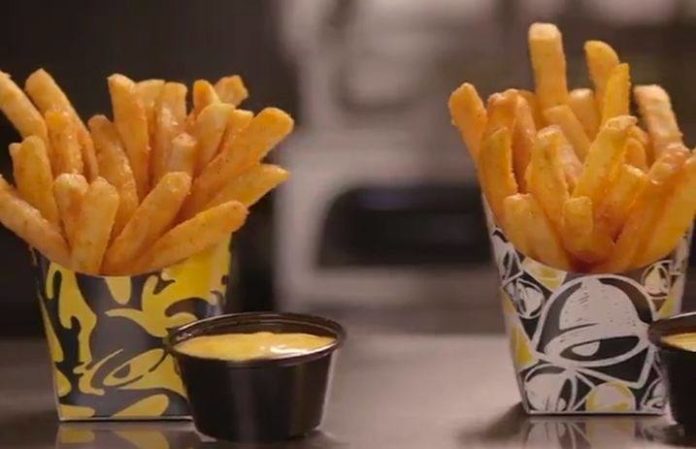 Those cheesy, wonderful Nacho Fries are officially Taco Bell's best-selling product ever. However, they'll be gone soon—but not for long, thank goodness.

Taco Bell shared the announcement on Twitter, and as Bustle explains, the cheesy fries will only be in restaurants for one more week, while supplies last.

But fans, don't be alarmed—they'll be back this summer. *whew*

Since its launch, over 53 million orders of Nacho Fries have been placed—that's 9 million pounds of potatos and 600,000 gallons of nacho cheese.

Yeah, it's pretty impressive. BRB as we go get some cheesy Nacho Fries ASAP.