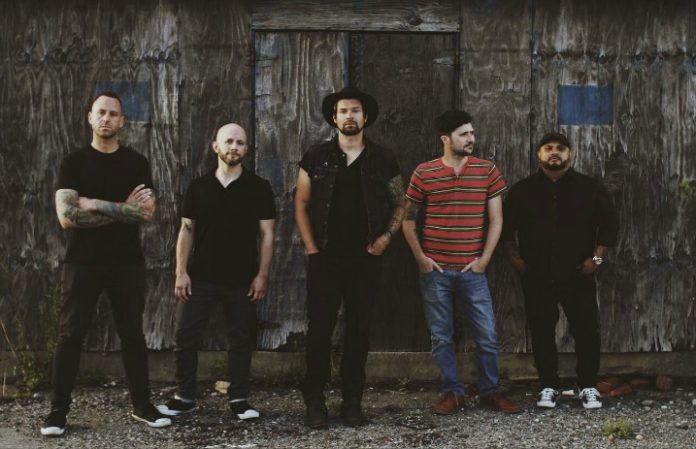 After teasing us with a release timeline, Taking Back Sunday have officially announced their new album Tidal Wave, which is due out September 16 via Hopeless Records.

Check out what the band had to say about the new record to EW below.

“Tidal Wave is a bit of a departure, but I don’t think its coming out of left field,” frontman Adam Lazzara tells EW about the forthcoming album. “We realize anything we do is going to sound like Taking Back Sunday.” Lazzara says that their is an “Americana” inspiration, drawing from sources like Tom Petty and Bryan Adams.

The band premiered the title track at one of their live shows last December and have been playing it while on the Taste of Chaos tour with Dashboard Confessional, Saosin and the Early November (listen to it here).

“Even throughout each song on the record there are a lot of references to water,” Lazzara says to EW. “That’s why it seems like that title kept poking its neck out.”

There will be a touring cycle announced for Tidal Wave soon enough. “Our idea is to go to the smallest clubs we can go to,” Lazzara continues to EW. “We’d like to debut this record as honestly as we can and what better way to do that in a small club?”

Read more: APTV Nick Major dishes on 5 reasons why you should go to Taste of Chaos

Tidal Wave, Taking Back Sunday's seventh album, was recorded in Michigan and Charlotte, North Carolina (where Lazzara and guitarist John Nolan reside). Lazzara adds that the album was written in between tours during the Happiness Is cycle, the band's latest release from 2014.

On if Tidal Wave will be “emo,” Lazzara tells EW, “Look, in my mind every album anyone’s ever written is an emo album because there’s a lot of emotion that goes into all of that. You can’t listen to ‘Hey Jude’ and tell me that’s not an emo song. I don’t like being pigeonholed because I think there’s more to it than that. I think this record highlights that very well, so no I wouldn’t consider it an emo record in the traditional sense of the word.”

“With our first records, we’re writing from the perspective of 17, 18-year-old kids and now it’s like as you grow older the blinders get pulled back and you have a different way of looking at the world around you,” Lazzara adds.

Watch more: The AP Sessions: Taking Back Sunday and Thursday (2011)