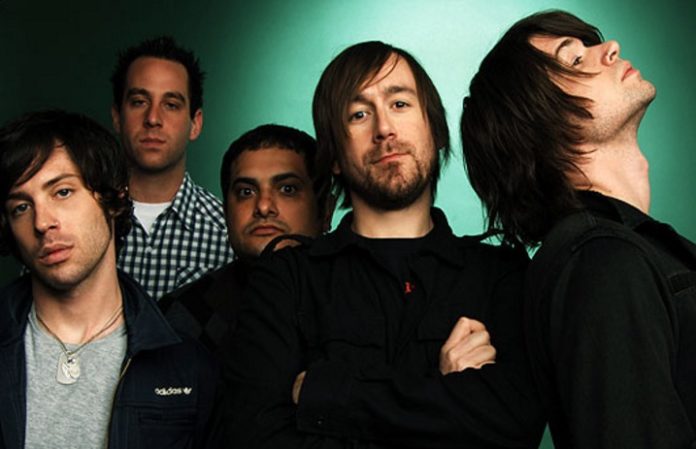 The early to-mid ‘00s was an exciting time for underground music. Bands like the Used, My Chemical Romance and Brand New broke out into the mainstream market with massive records that have now become classics.

Another band that really took off during that era was Taking Back Sunday. Songs such as “Cute Without The ‘E’ (Cut From The Team)” and “A Decade Under The Influence” solidified TBS as a mainstay in alt-emo-whatever scene.

Despite being heralded by many as one of emo’s mainstream headmasters, it looks like frontman Adam Lazzara has always had a different take. “I've never considered us an emo band. I understand it's a lot of the scene we came from,” he told GQ. “But I consider us a rock and roll band. Loud guitars, big drums.”

He added, “It gets frustrating sometimes because then it's putting it in this little box that can be contained and I think we're more than that. Honestly, if people are listening, who cares?”

QUIZ: Which nostalgic pop punk song are you?

If the band’s early material wasn’t emo, then their new album definitely isn’t. The latest single, “You Can’t Look Back” is very rock ’n’ roll in essence. Far from the aggressive, angst-driven tendencies of their early years.

The LP, titled Tidal Wave, is due out Sept. 16 via Hopeless Records. (Pre-orders are on sale now. In case you missed it, stream the title track.