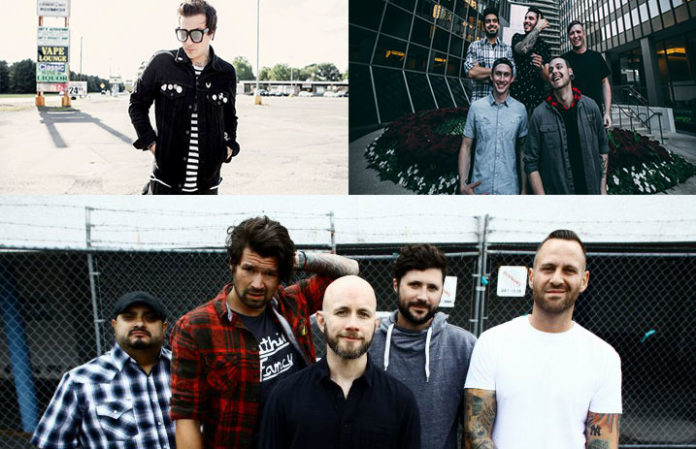 As Donald Trump was sworn in to become the 45th President of the United States a little before noon today (Jan. 20), Taking Back Sunday's John Nolan announced Fighting Back with Music.

The compilation will feature rare or unreleased music from bands such as Anti-Flag, Taking Back Sunday, Frank Iero and Sleep on It with all proceeds going to the American Civil Liberties Union.

Read more: PVRIS push back against Trump with special merch donations to charity

“During these next four years, I feel it's going to be extremely important to support organizations that will stand up to the Trump administration,” says Nolan.

The ACLU's mission statement is to defend, uphold and preserve rights and liberties of individuals in this country granted by the U.S. Constitution. This is something Nolan feels strongly about especially with the new President being sworn in today.

“In the next four years, there is a lot of potential to see policies that will discriminate against people of color, Muslims, women and the LGBT community,” explains Nolan. “The ACLU has a long history of fighting discriminatory and unconstitutional policies and I wanted to do something to unite people in support of that fight.”

Nolan is working with both Collective Confusion Records and Sub City to release the compilation.

Some of the bands that are going to be included in Fighting Back with Music have already begun talking about the project on Twitter.

Honored to be a part of this beautiful comp! Out this Spring, and includes an unreleased t… https://t.co/3MV76uem52 pic.twitter.com/zYPZ9mum8s

On a day filled with negativity, we're proud to announce we'll be on the 'Music For Everyone' comp, a benefit for @ACLU
musicforeveryone.us pic.twitter.com/frVb70bKKt

Proud to be a part of this comp with great artists. Now is the time to create, share, and communicate. Info at https://t.co/N90lDPHdNG pic.twitter.com/KEav24pNqH

Fighting Back with Music will be released in the Spring but there haven't been any details released yet regarding presale.