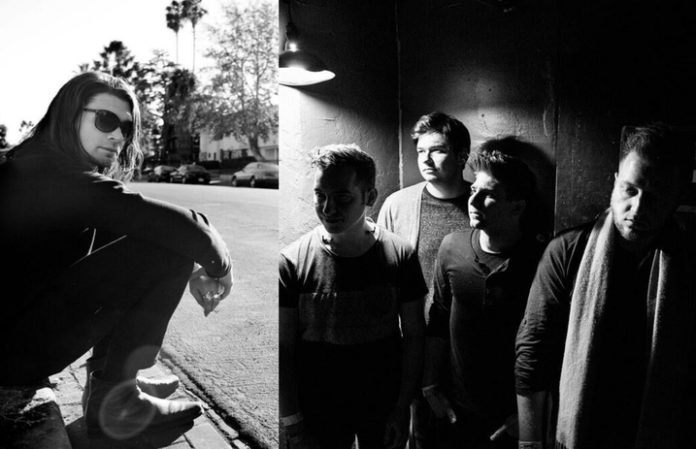 Taking Back Sunday frontman Adam Lazzara has taken on his first producing project with Modern Chemistry, a New Jersey based band. They worked with Lazzara on their forthcoming third EP Dreaming Adjacent, which is due out May 7 on Bandcamp (pre-order here). Check out a teaser video below, and be sure to leave us a comment with your thoughts!

“Being in the studio is one of my favorite parts about what I get to do,” says Lazzara about his producing debut. “Over the years, the production/engineering side of things has fascinated me more and more so I was hoping an opportunity would present itself for me to step into that role, taking what I had picked up along the way with me. The timing with Modern Chemistry couldn't have been better. It was my first time on the other side of the board so I was nervous going into the sessions. I knew we didn't have a lot of time but more importantly they were trusting me with their work. As a musician myself, I know how important that is and the weight that comes with it. We had become friends from playing shows together so there was a level of familiarity and comfort going in which made for an even better experience during the sessions. I also personally think the songs they chose to work on are great, so that helped as well.”

“These days I feel I have seen a lot bands just expect things to happen for them,” he continues. “Things like the image and idea of being in a band getting to record music and perform on stage has become more important than the actual work it takes to make those things happen.  Modern Chemistry is not that band. They are so hard-working and treated every decision, no matter how small, with great care. I'm very proud that they were gracious enough to let me into the process.”

“We didn't have a ton of time to put this whole thing together. It was a wild four days where we spent almost every second in the studio and we couldn't be more excited with how everything worked out. We had never worked with a producer before so we didn't really know what to expect,” Modern Chemistry frontman Joe Zorzi says. “Adam was awesome at helping us shape sounds without changing what these songs were meant to be. He's been one of my biggest influences musically since day one, so it was really something special to have him help us.”

“This EP is a fresh view of where we're at in our lives right now” he continues. “Dreaming Adjacent is about being a little more self-aware and learning to see situations from more than just your own vantage point… which is sometimes really tough to do.”

Modern Chemistry self-released their two previous EPs and toured with the likes of frnkiero andthe cellabration. The band will play a free EP release show on May 7 at Asbury Park Yacht Club (check out the info here).