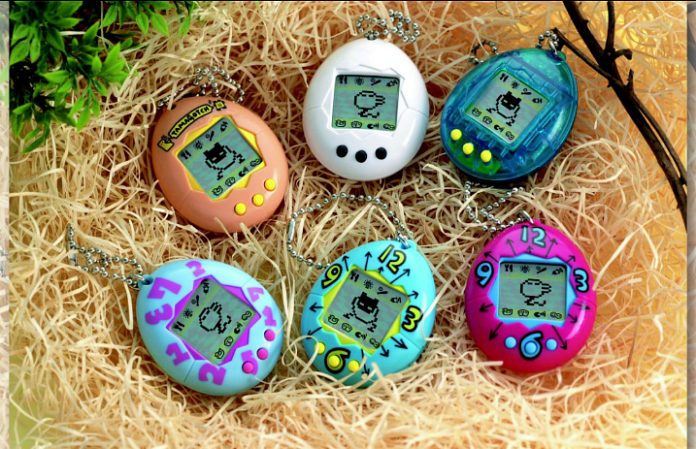 Yep, you read that right—in celebration of Tamagotchi’s 20th anniversary, the Japanese toymaker Bandai have re-released the beloved Tamagotchi, designed as the six characters we’ve grown to love taking care of.

Check out some footage of the re-released Tamagotchis below!

Available on Amazon, the Tamagotchi toys are essentially the same as the original, although, according to Mashable, the egg shape is a little smaller than the size we were used to.

The biggest bummer? At the moment, they are only being sold in Japan. But our fingers are crossed that with the power of the internet, we’ll get to see a special re-release in America sometime soon. Because there's nothing we need more than a Tamagotchi to distract us from our daily work…

Check out the trailer and reminisce on the days of taking care of your Tamagotchi below:

Tamagotchis were originally released in 1996 in Japan, quickly gained a cult-like following, and were released to the rest of the world in 1997.

How excited would you be to get your hands on a new Tomagatchi? Let us know in the comments below!