Back in July, Taylor Swift dropped her surprise eighth studio album folklore. The LP was quickly classified as alternative, making it the third genre classification in her career.

Now, one TikTok user may have just proved Swift could make another genre-switch in the future. This week, a new video emerged of a folklore song getting reimagined into the ultimate pop punk hit.

Taylor Swift has made a few genre jumps throughout her career. Following the release of her fifth album 1989, Swift said goodbye to her country roots and forged a path in mainstream pop.

Then, earlier this year, she transitioned into the alternative genre with folklore. Now, it’s more clear than ever that Swift is taking this alternative classification and running with it. Last week, she surprise-released her second album in 2020 evermore.

As a “sister record” to folklore, the LP includes collabs with Bon Iver, Haim and the National. As well, Swift wrote the album with the National’s Aaron Dessner and Jack Antonoff (Bleachers, fun.).

Now, a new TikTok has proven just how versatile Swift’s songwriting truly is. This week, TikTok user @1cabeau shared their pop punk cover of “betty,” off of folklore. “betty” is one of Swift’s most country-sounding songs in recent years. However, @1cabeau infuses bouncy drums and heavy electric guitars to truly transform the track into the ultimate pop punk hit.

“Have you ever wondered what ‘betty’ from folklore would sound like if it was a pop punk song? Yeah me too.”

Read more: There’s still one way you can get My Chemical Romance’s makeup collab

In other Taylor Swift news, the singer recently debunked a massive theory floating around the internet. Swift is known for her clever and sneaky ways of incorporating Easter eggs and clues in her music and on social media. So, it came as no surprise when fans began theorizing a third surprise album may be in the works.

The original cover art for folklore has the word “woodvale” hidden deep in the artwork. Many fans believed this was Swift’s way of hinting that another surprise album could be released soon.

Taylor, sweetie. If you are about to drop another surprise album called woodvale in a couple of months, you and I are going to need to have some words cause I can’t memorize this many lyrics. #evermorealbum pic.twitter.com/STHtQToVaH

HOLD ON, WHEN YOU SEARCH “woodvale” IT’S SHOWING TAYLOR, WHAT WAS THE DAMN REASON pic.twitter.com/UUuRUtSdFf

Read more: Sharon Osbourne is recovering away from Ozzy after COVID-19 diagnosis

why taylor swift is releasing ‘woodvale’; a thread: pic.twitter.com/wqey6dbRv7

However, it turns out that the “woodvale” clue was actually a mistake. This week, Swift revealed on Jimmy Kimmel Live that woodvale was originally the fake title for folklore. The title was used on mockups of the album artwork so the LP’s actual name wouldn’t get leaked before its release. However, Swift and her team forgot to go back and remove the font before releasing folklore.

What are your reactions to the “betty” pop punk cover? Did you think Taylor Swift was going to release an album called woodvale? Let us know in the comments below. 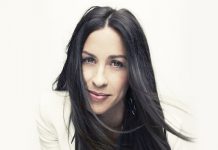 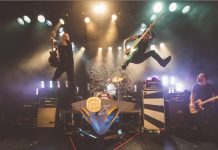