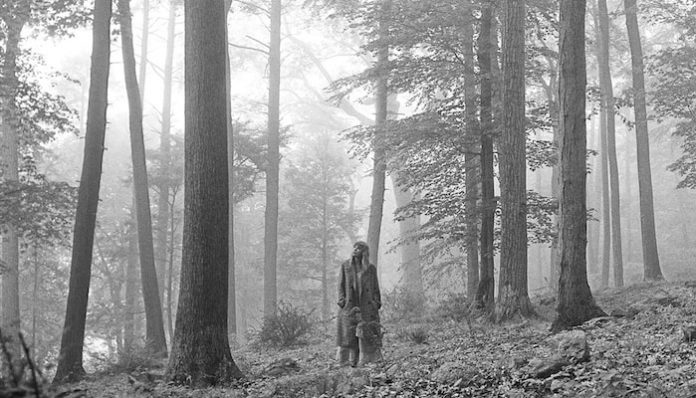 On Thursday, the Taylor Swift fandom was left SHOOK after her eighth studio album folklore was announced. Along with its announcement, Swift unveiled the LP’s collaborations, the tracklisting and the cover art.

Of course, many people on the internet have their own opinions on folklore‘s album artwork. For some, they are drawing similarities between the cover art and the death metal genre. Meanwhile, others have even made their own re-edits of the artwork.

Read more: Bandcamp’s monthly artist fundraisers will happen for the rest of 2020

When Swift released her 2017 album Reputation, many were quick to notice the similarities the cover art had to the hardcore genre. In response, jokes and memes about Swift releasing a hardcore album were made and spread across the internet.

Now, it appears the internet is doing the same with the folklore album artwork. Swift’s eight studio album, which is due out July 24, features a slightly ominous photo of the singer in the woods. Shot in black and white, the cover art shows Swift standing below a foggy sky and large trees.

Most of the things I had planned this summer didn’t end up happening, but there is something I hadn’t planned on that DID happen. And that thing is my 8th studio album, folklore. Surprise 🤗Tonight at midnight I’ll be releasing my entire brand new album of songs I’ve poured all of my whims, dreams, fears, and musings into. I wrote and recorded this music in isolation but got to collaborate with some musical heroes of mine; @aarondessner (who has co-written or produced 11 of the 16 songs), @boniver (who co-wrote and was kind enough to sing on one with me), William Bowery (who co-wrote two with me) and @jackantonoff (who is basically musical family at this point). Engineered by Laura Sisk and Jon Low, mixed by Serban Ghenea & Jon Low. The album photos were shot by the amazing @bethgarrabrant. Before this year I probably would’ve overthought when to release this music at the ‘perfect’ time, but the times we’re living in keep reminding me that nothing is guaranteed. My gut is telling me that if you make something you love, you should just put it out into the world. That’s the side of uncertainty I can get on board with. Love you guys so much ♥️

Of course, people have a lot of thoughts about the cover art. For one Twitter user, they think the folklore artwork means that Swift is finally releasing that infamous indie record mentioned in “We Are Never Ever Getting Back Together.”

“So I guess Taylor Swift finally went out in the woods with the National and Bon Iver boys to actually make ‘some indie record that’s much cooler than mine.'”

For others, however, they think the folklore cover art is perfect for a death metal album.

So I just found out Taylor Swift is releasing a surprise album tonight called “Folklore.”

The question is: when will Taylor admit she’s secretly been recording a black metal album out in the woods? pic.twitter.com/221VLmnFu8

Waiting for Taylor Swift to take a turn towards Norwegian Black Metal. #Folklore

Read more: You can now decide who should win Best New Artist at the 2020 VMAs

taylor swift has made hardcore history by being on both deathwish and sargent house pic.twitter.com/hAPM7nel1I

Never expected Taylor Swift to take the black metal route but here we are. pic.twitter.com/vHYMSTWIOF

What are your thoughts on Taylor Swift’s folklore album artwork? Let us know in the comments below.