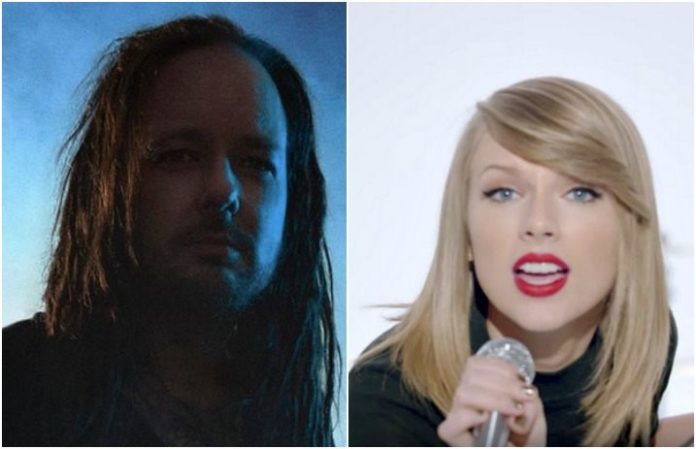 Apparently Taylor Swift is a Korn fan. Who knew? It turns out Swift once told Korn frontman Jonathan Davis she was a “huge” fan of his band.

Read more about their encounter below.

Billboard recently reported on the oral history of MTV'S TRL which aired from 1998 to 2008, and is set to return tomorrow (Oct 2). In the article, Davis recalls how Swift had attended the show's finale episode which he described as “like a big old high school reunion.”

“There was a ­yearbook we signed” Davis tells Billboard. “Taylor Swift actually handed me my yearbook and said, ‘I’m a huge Korn fan!'”

TRL host Damien Fahey confirmed Swift's attendance by saying, “I remember Taylor Swift came with her mom, when she wasn’t Taylor Swift yet. They had a couple of Flip cams, and they were geeking out, goofing around.”

The rebooted TRL will commence airing as a daily series, as it once did, live from MTV's Times Square studio, and MTV says it will be “hosted by D.C. Young Fly along with the show's 'squad,' which includes Tamara Dhia, Amy Pham, Erik Zachary, Lawrence Jackson and content creators such as Liza Koshy and the Dolan Twins. Eva Gutowski, Gabbie Hanna and Gigi Gorgeous will serve as social media correspondents.”

Who would you like to see as guests on the reboot of TRL? Let us know in the comments below!