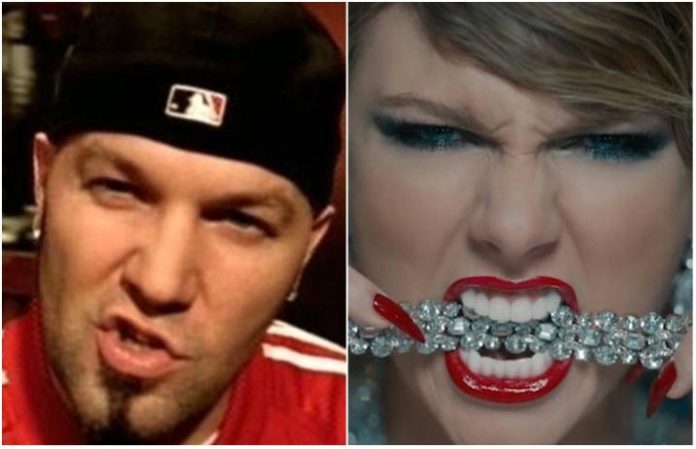 If you've ever been curious as to what a nu-metal Taylor Swift song would sound like, well, wonder no more! Go ahead and take a listen, below, to “SwiftBizkit,” the amusing, audible amalgam of T-Swizzle and Limp Bizkit.

Read more: People think Taylor Swift is about to release a hardcore album

As reported by Rock Sound, internet personality Nick Lutzko took a bunch of apparently real-life TayTay quotes and turned them into a genius nu-metal jam, performed in the style of the 'ol Bizkit. The only real question is: Why did he take so long? Why did he wait so long, huh? To figure it out? But he did it.

You may recall Lutzko as part of the YouTube crew over at Super Deluxe, i.e., the very same YouTubers that brought you those hilarious “Emo Trump” videos last year. (That was Lutzko voicing those uproarious “emo Trump-isms.”)

Now I know y'all be lovin' this shit right here.

Watch more: APTV behind the scenes at the 2017 X Games