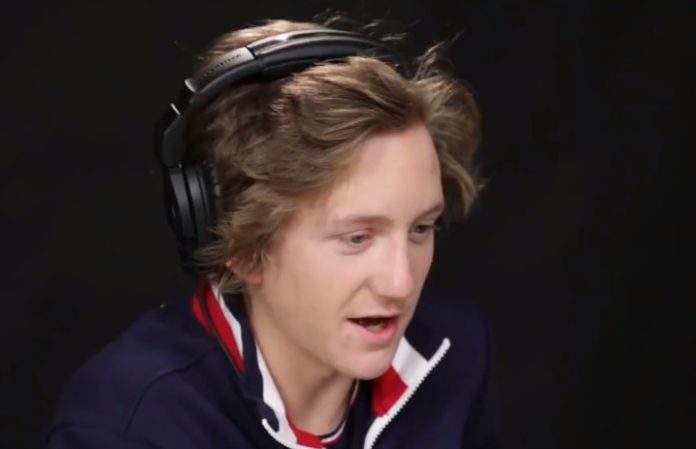 17-year-old Olympic snowboarder Red Gerard recently made headlines not only for snagging the U.S. their first gold medal in the Winter Olympics, but because he had ended up oversleeping the day of his event after binge-watching Brooklyn Nine-Nine. Now the teen gold medalist is back to make you feel old AF in a recent interview with BuzzFeed, where he fails miserably in trying to identify some of the most popular '90s hits—with the exception of Blink-182 of course.

Gerard knows how to shred on a snowboard, but ask him about '90s hits and he immediately becomes lost. BuzzFeed showed the teen gold medalist some popular music videos such as “No Scrubs” by TLC, “Livin' La Vida Loca” by Ricky Martin, “Work It” by Missy Elliott and more, all of which Gerard was unable to indentify…at least until Blink-182's “What's My Age Again?” popped up.

“It's naked guys running around…I think this is Blink-182 actually” Gerard says while watching Blink's music video. Unfortunately, when asked if he listened to the band, his response made our hearts sink.

“No. I mean, as a joke sometimes. But he just shot a three-pointer naked so…respect.”

The Twitter responses were nothing short of hilarious, with several people tagging Mark Hoppus in hopes of getting his take on Gerard's response.

take away his gold medal

You can check out the full video of the snowboarder's reactions below.

Does Gerard's reaction make you feel old AF? Let us know in the comments below!