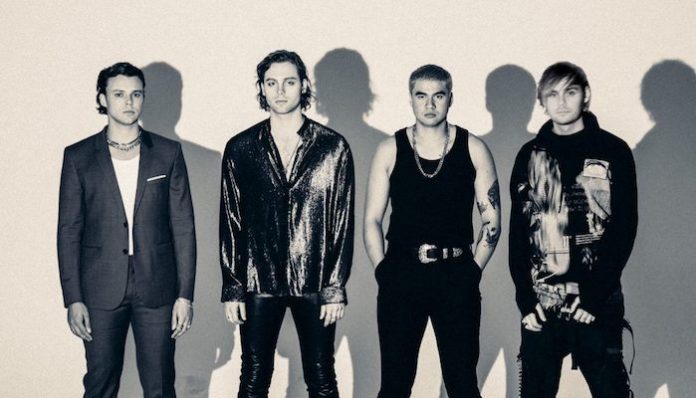 5 Seconds of Summer started a viral trend with their newest single “Teeth.”

Fans around the world joined the musicians on twitter for what is known as the #TEETHChallenge.

What is the #TEETHChallenge? Well, one films themselves singing the closing line of the chorus to “Teeth” with their best falsetto-sounding scream, just as the actual song plays out.

The whole band (and even Luke’s dog, Petunia) got involved and a compilation of their videos was put together by a fan account. Watch it below.

The #TEETHChallenge compilation (We’ll add Bon Jovi in later if he steps up 😂) pic.twitter.com/pZAp0BSdtc

Even their producer got in on the fun as Ashton tweeted.

Are we really doing this… ok #TEETHChallenge
Here’s our producer Andrew what giving us his legendary rock scream 😂 pic.twitter.com/uwnNsVHbuj

These videos launched an enormous amount of fan interaction with a few of our personal favorites seen below.

We wonder if anyone else famous is going to get involved. We sure hope so. What do you think about the #TEETHChallange? Let us know in the comments below.

“Teeth” that will be featured on the next season of Netflix’s controversial series 13 Reasons Why.

The track is featured as Zane Lowe’s World Record on Apple Music’s Beats 1, where the band opened up a bit on the track.

Facetiming with Lowe, the band opened up on the story behind their new track.

“I know what you’re thinking. It’s a funny name. And you’re like, ‘What’s Teeth even going to sound like?’” the band explains.