Frontman for The Word Alive, Telle Smith has taken to Twitter to share his thoughts on fans’ reactions to their favorite bands changing up their sound.

With Bring Me The Horizon’s forthcoming release sounding unlike anything they have ever released before, Smith defends the band’s new direction.

According to Smith, fans don’t need to love every song a band or artist releases to appreciate their growth and discography at-large.

“As a band who has been evolving into something where you can listen to for any mood, and it almost feel like shuffle when listening to an album I appreciate the boundary-less approach to music that @bmthofficial have taken,” Smith says in a tweet. “You don’t have to love every song to love a band.”

As a band who has been evolving into something where you can listen to for any mood, and it almost feel like shuffle when listening to an album I appreciate the boundary-less approach to music that @bmthofficial have taken.

Smith continues to elaborate on his point about heavier bands experimenting with other genres. Additionally, Smith shuts down “entitled music fans” who wish for their favorite bands to stay stagnant in their sound.

And those old songs never die. You can always listen to them and often times hear those songs live.

I’ll never understand a fans need to hear the same thing over and over.

Genres don’t matter any more, and if you wonder why a lot of heavier bands experiment moving forward…

It’d because most of us have always loved music from all genres. There weren’t all the rules when we were growing up and there certainly weren’t elitist fans personally attacking members/bands 24/7.

Metalcore fans in general tend to be some of the harshest towards the artist.

Half of the time those fans make people like me wish they had never been a fan at all.

Musicians aren’t owned by the fans and your support does not mean we can’t change things up. If an artist isn’t happy they deserve to play what does make them fulfilled.

At the end of the day, Smith says that true, dedicated fans will show up and support artists no matter their direction.

Entitled music fans may have the loudest voices but the people who genuinely support an artists pursuit of what makes them happy will continue to keep showing up, singing along and proving that doing what you love as an artist will always be the right decision.

Earlier today, Oli Sykes said that amo may take listeners a few listens before they are able to fully grasp its concept.

“For me it’s heavier and, not raw, but things hit you and make you feel a lot weirder than That’s The Spirit did,” Sykes says in an interview with Kerrang!. “As a fan I’d be excited about this album. It’s definitely gonna take a few listens, not because you won’t like it at first, but because the songs have got so much going on. They’re a lot deeper than anything we’ve ever written before.”

What do you think about artists experimenting with different techniques? Sound off in the comments below. 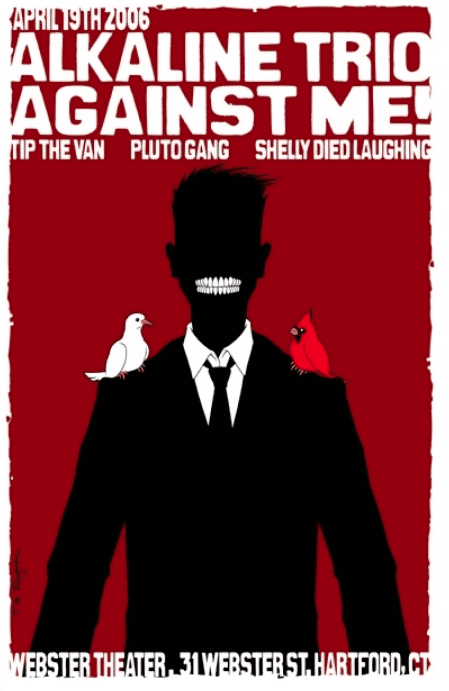