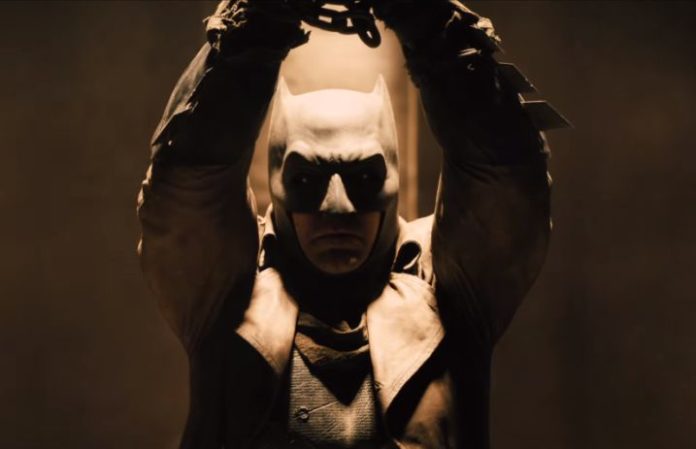 During last night's episode of Gotham on FOX, a brief new teaser for Batman v Superman: Dawn Of Justice aired and it features Ben Affleck's Batman/Bruce Wayne in a precarious situation as he comes face to face with Superman himself, having his iconic cowl removed as he hangs from restraints in some sort of underground bunker. There's no dialogue, but between the ominous score and the looks exchanged, the tension is undeniable. Check it out below.