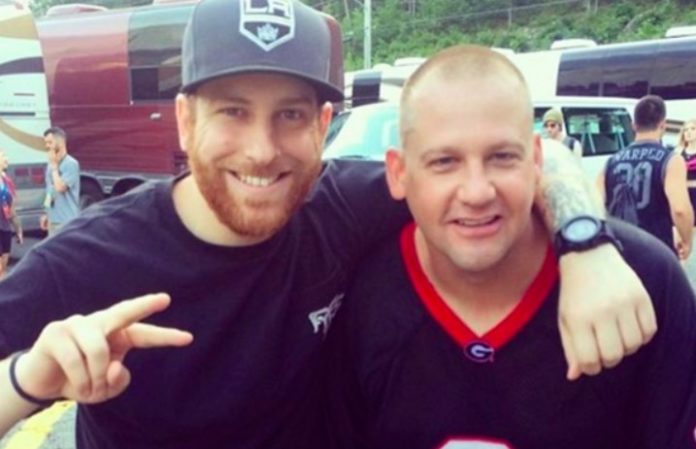 It’s no secret that the Ghost Inside and Terror have a bit of a history together. In the fall of 2012, Terror frontman Scott Vogel called out the Ghost Inside for printing the word “hardcore” on a shirt. “[Live By The Code] is a very anti record of bullshit bands like the Ghost Inside [who] claim they're hardcore when they don't even know what hardcore is,” said Vogel during a UK show.

TGI frontman Jonathan Vigil responded with a lengthy statement of his own, acknowledging the fact that he had “disrespected” Scott and some of his friends in the past.

During the summer of 2014, both bands played Warped Tour and looked as though they had squashed any remaining beef.

Read more: All the Ghost Inside members are in stable condition, confirms bassist James Riley

In light of TGI’s tragic bus accident that claimed the lives of two and left multiple members of the band in the hospital, Vogel has put past differences aside to offer his support.

“Terror and The Ghost Inside have not had a perfect friendship,” he wrote in a statement on Terror’s Facebook page. “But seeing the photos of their bus accident and hearing that people lost their lives in it, is really scary and heartbreaking. These guys are in my thoughts and I hope for the best for them.”

This is a photo of Vigil and myself in the summer of 2014, long after our differences were discussed face to face and…