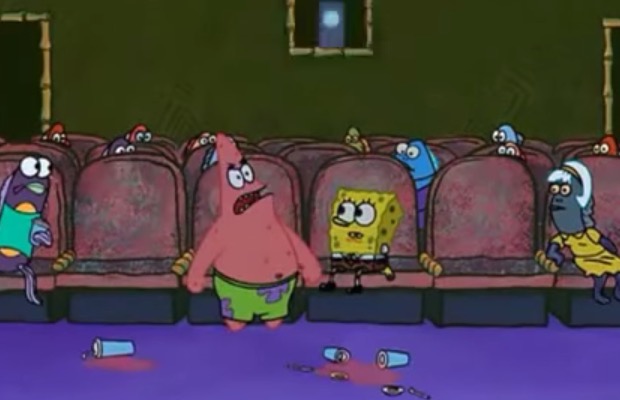 Remember that SpongeBob-themed metal band we told you about a few months ago? Well, Bikini Bottom-based hardcore group XSPONGEXCOREX are back with another track inspired by Nickelodeon’s hit cartoon SpongeBob SquarePants.

This one in particular, fittingly titled “Look At It!,” references the classic episode in which Patrick attempts to rid Spongebob of his “ugliness” by exposing him to a crowded movie theater. (Of course, he's not actually ugly, his breath just stinks—but you already knew that.)

Give the song a spin below. Do you think Squidward would two-step (four-step?) to this?

XSPONGEXCOREX are gearing up to release a new EP, titled Bold And Thrash, on March 1. The effort's track listing is as follows: