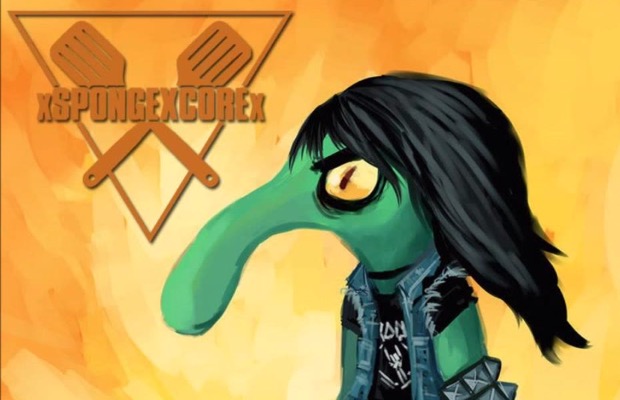 Remember that SpongeBob-themed metal band that wanted all of you to “Look At It!” a few weeks ago? Well, Bikini Bottom-based hardcore group XSPONGEXCOREX are back with a whole new EP, titled Bold And Thrash, inspired by Nickelodeon’s hit cartoon SpongeBob SquarePants.

The effort features six tracks, all of which take quotes and influence from classic episodes. Track four, “F.L.A.T.S.,” even features a guest appearance from Hey Arnold! star Helga Pataki. You can give the EP a spin below.

What kind of music do you think the show's characters would listen to? We know Squidward leans towards jazz, but would he vibe to some more soulful material? Perhaps a la Tyler Carter?

Personally, I would paint Mr. Krabs a Dropkick Murphys fan and could definitely see Patrick pitting to Terror. (It also looks like he might be a vinyl fan?)