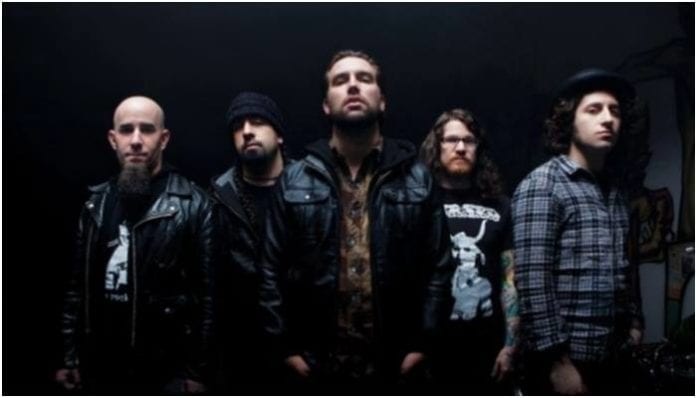 It sounds like we might be getting our hand’s on new music from the Damned Things sooner than we originally thought.

For those of you who don’t know, the Damned Things is a rock supergroup composed Every Time I Die‘s Keith Buckley, Joe Trohman and Andy Hurley of Fall Out Boy, Anthrax guitar god Scott Ian, bassist Josh Newton and Rob Caggiano (Volbeat).

The band dates back to 2008, when Trohman and Ian started writing music together, but it wasn’t until 2010 that the band released their debut, and only, album Ironiclast.
Since the release of the heavy metal supergroup’s first release, fans have been waiting for any new releases. In a new interview with the Wall of Sound podcast, Ian did admit that a new record was “possibly” in the works, saying:

“We always knew with the Damned Things, it was always going to be something that we would get to do schedules permitting because we are all in extremely busy bands. But look, we’re all friends and we’re all in contact with each other on a regular basis and I can say that there is, possibly, a record, but that’s all I’m going to say about it [laughs].”

When asked further, Ian simply shared, “I don’t have any answers about anything.”

While we may still have a ways to go when getting our hands on a sophomore release from the band, that doesn’t mean there’s no hope of a new release.

Ian’s new comments seem to mirror that of past comments made by the other members of the act.

Last year, AP sat with Keith Buckley to talk about the status of the Damned Things, where the frontman shared that the band was still in the early stages of making new music:

“While we have more than enough material for an EP, we are still very much in the ‘demo’ phase,” Buckley told AP, “rearranging riffs and trying different things vocally. And though it’s a little too early to say what the next release will sound like comprehensively, we’ve taken a different approach to writing this time around.”

Then, we reported that drummer Andy Hurley, sat with the 100 Words Or Less podcast to discuss the band’s six-year anniversary of Ironiclast, saying that he had recorded five songs for an EP.

While there’s no confirmation the band will be releasing anything anytime soon, it does appear that they’re working on it.