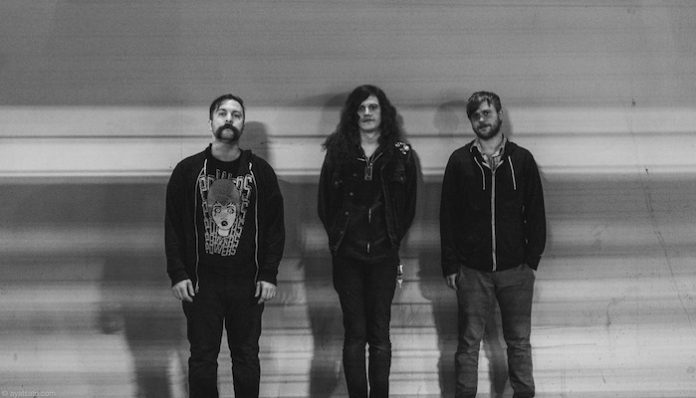 The Fall Of Troy are back with their first new piece of music in four years. On Friday, the Washington-based band released their new single “We Are The Future.”

The single is off of the band’s forthcoming album Mukiltearth which arrives Aug. 8.

The Fall Of Troy formed back in 2002 and released four studio albums before disbanding in 2010. Then, in 2013, the band decided to reform and self-release their fifth album OK in 2016. Since OK‘s release, the band have been hard at work touring with the artists including Tiny Moving Parts, CHON and Hail The Sun.

As well, vocalist Thomas Erak has worked on various musical projects over the years. In 2014, he exited Chiodos to focus on the Fall Of Troy’s music. His latest project Push Over was formed with ex-Dance Gavin Dance member Kurt Travis. Together, they toured with Scary Kids Scaring Kids at the start of 2020.

Erak also recently made an appearance alongside Craig Owens at Seattle’s Emo Nite back in February. During his DJ set, he played the Fall Of Troy’s popular song “F.C.P.R.E.M.I.X.” The 2005 song remains the band’s most popular to date with nearly 20 million streams on Spotify.

Now, it looks like the Fall Of Troy decided this year is the perfect time to share new music. On July 17, the band released their new single “We Are The Future.” The track is off of their forthcoming album Mukiltearth. The album’s title appears to be a reference to the band’s hometown Mukilteo in Washington state.

The animated video for “We Are The Future” is available to watch below.

What are your thoughts on the Fall Of Troy’s new single? Let us know in the comments below.