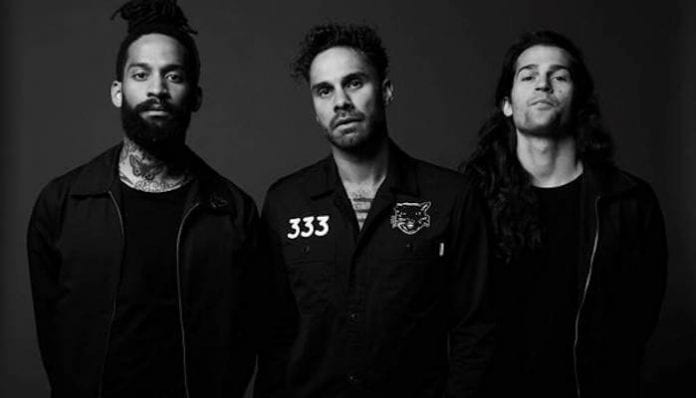 Following the release of their politically charged debut EP, Made An America, which was dropped earlier this year, the Fever 333 have finally announced details of their debut full-length.

Read more: The Fever 333 have one simple request for upcoming album

Announced today, the band will be releasing their debut full-length release Strength In Numb333ers, on Jan. 18.

Preorder for the album are currently available now, with exclusive bundles set to be coming soon. You can purchase your copy of it here.

In addition to announcing their forthcoming album, the band also dropped a brand new song called “Burn It.” Per a press release, the official music video for the track was directed by the band’s frontman Jason Aalon Butler and Djay Brauner.

You can watch the music video for “Burn It” below!

“Burn It” was taken from the band’s forthcoming full-length album, Strength in Numb333rs, and you can pre-order your copy of it here.

The Fever 333 have a busy few months coming up when talking about touring. The band will be supporting Bring Me The Horizon Nov. 9 through Feb. 6 and will then be doing a few headlining shows and festivals.

Check out the dates for all their upcoming stops below!