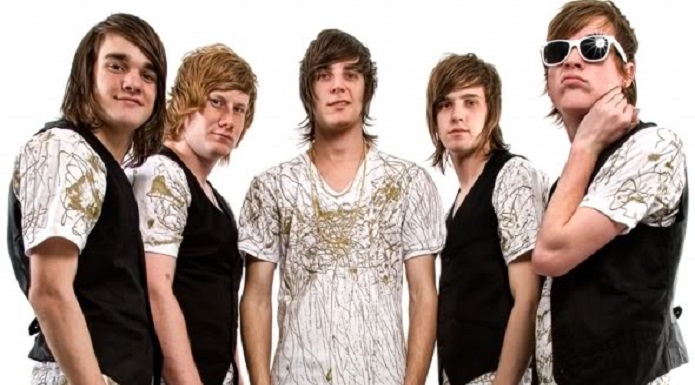 The Maine fans, it’s all happening! The band have announced they will be playing Can’t Stop Won’t Stop in full at the next 8123 fest.

If you’re as thrilled about this as we are, check out all the information about the fest below.

The Maine fans thought they would never see them play their first record in full, but it’s all happening—and in the best way.

The band will play Can’t Stop Won’t Stop in full for the first and only time at their second 8123 Fest. Plus, they are releasing the first-ever vinyl pressing of the record.

The album came out on this day in 2008, which makes it 10 years old! That’s not only  a great reason to play it at the festival, but also a perfect date to make the reveal.

Just like the first edition, the event will take place during three days—January 18, 19 and 20, 2019—in Phoenix, Arizona.

On the first day, The Maine will perform a special set of songs chosen by fans. On January 19, they will play Can’t Stop Won’t Stop in full during the 8123 Fest. The band will do a free meet and great with fans on the last day, January 20.

What other bands will be playing the 8123 Fest and more details are yet to be released, but the band already promised a bigger lineup compared to the first edition of the festival.

“We couldn’t be happier to announce that 8123 fest is back in January!!!!” The Maine wrote on Instagram, “3 days, bigger lineup, and we couldn’t help but notice today is the 10 year anniversary of our first album “Can’t Stop Won’t Stop” so to celebrate we will be performing the album in full for the first and last time at the festival!”

We couldn’t be happier to announce that 8123 fest is back in January!!!! 3 days, bigger lineup, and we couldn’t help but notice today is the 10 year anniversary of our first album “Can’t Stop Won’t Stop” so to celebrate we will be performing the album in full for the first and last time at the festival! Pre sale bundles go on sale tomorrow at 10am and include the first ever pressing of CSWS on vinyl!!! General tickets and lineup announcements to come!!! See you in the desert ? More info at 81-23.com

The band have been teasing the announcement for a while. On July 1, the band took to Twitter to share a photo of a golden skull, with a mysterious caption. “The countdown begins,” it read, The next day, they shared a picture on a cactus in a golden bucket. to their Instagram.

The posts got us thinking that they were about to reveal the second 8123 Fest was coming because of a January epoisode of the Maine’s 8123 podcast featuring Eric Halvorsen.

During the conversation, Halvorsen talked to the guys about A Rocket To The Moon’s reunion performance at the first-ever 8123 fest, which happened on Jan. 21, 2016 to celebrate the Maine’s 10 years as a band.

What struck us about the conversation was Kirch’s response to what Halvorsen had to say:

“We would love to have you guys play at the next fest,” Kirch replies. “We’ll see if you can make it happen by then.”

Despite questions about the 10-year anniversary of CSWS, the band had been quiet about touring on the record again. Now we know why.

The Maine will be heading out all summer long for the final cross-country run of the Vans Warped Tour. Check out the full list of cities and dates here!

See you in the desert!

Watch more: The Maine Official “I Must Be Dreaming” video from the AP Tour