There’s a Baby Yoda Bop It! on the way and fans don’t know how to feel

The new Bop It! is out this fall.

Over the years, various Stars Wars merchandise and memorabilia have been released for fans to get their hands on. In particular, many fanatics want anything and everything to do with Baby Yoda. From a vinyl record featuring Baby Yoda to even a Baby Yoda Funko Pop!, The Mandalorian character has definitely made its way into everyone’s hearts.

Now, it looks like the 90s mind game Bop It! is getting a reboot within the franchise. This week, it was announced that a Baby Yoda Bop It! toy is on its way and some are torn about it. The game will allow users to bop, twist and pull the beloved character.

The new Baby Yoda Bop It! has the exact same game functions as Bop It! has always had. An audio command tells you to bop, twist or pull the hand-held game. The commands become increasingly faster and more challenging to keep up with as time goes on.

Reportedly as you follow these commands, sounds from Baby Yoda will be made after each action. The concept of having to twist, hit and pull at the beloved Mandalorian character has many people wondering why the Bop It! is being made in the first place.

However, this isn’t the first time Bop It! has been crossed with Star Wars. Over the years, there have been various versions with R2-D2, BB-8 and even Chewbacca released. Similar to the Baby Yoda Bop It!, the Chewbacca version howls every time he is bopped, twisted or pulled. 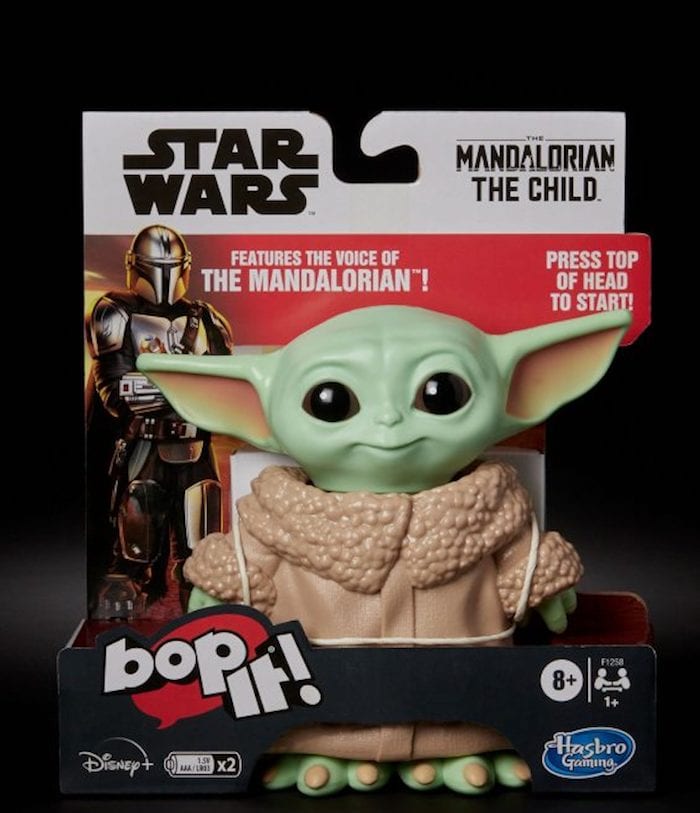 Some Star Wars and Disney‘s The Mandalorian fans took to social media to express their confusion over the new game.

There’s a baby yoda bop it where you can hit him on the head, WHO AT HASBRO SAID THIS IS OK?? pic.twitter.com/64dXtG7dfE

i have a feeling that someone at bop it does not like baby yoda https://t.co/M6NV4Is4jZ

A new version of Bop It! that encourages you to hit Baby Yoda? I sense a disturbance in the force. https://t.co/dD6VzoqxiZ

The concept of a Baby Yoda Bop It is a tad disturbing ?

The Baby Yoda Bop It! will be released exclusively at Walmart this fall. It will reportedly cost $14.99.

What do you think of the new Bop It!? Let us know your thoughts in the comments below.