2021 has already been a hard transition for The Office fans. On Jan. 1, the binge-worthy show officially moved from Netflix to NBC‘s Peacock, a decision that angered a lot of diehard fans.

Now, it looks like Peacock is aware of the television crown jewel it has on its hands. The streaming service recently rewrote its subscription plans’ descriptions to solely entice The Office fans to join the platform.

Since the launch of NBC’s Peacock last year, there’s been a lot of shuffling of films and television shows. HBO Max subscribers had to say goodbye to the Harry Potter franchise as it moved to Peacock. However, Potterheads only had access to the films for the month of October before they promptly left streaming services again.

Now, The Office has been the latest victim of the streaming platform shuffle. The NBC show we can’t seem to stop watching spent years on Netflix. However, the show promptly moved to Peacock in the United States at the start of 2021 much to the annoyance of diehard fans.

For many, the streaming service switch not only messed up their daily binge-watching habits, but it also forced them to consider joining another streaming platform. Although seasons one and two of The Office are available for free, viewers have to pay a monthly subscription to watch the whole series without ads.

Nobody:
Fans of the office opening up Netflix this morning: pic.twitter.com/rgsFkeEkpD

the office is really gone from Netflix pic.twitter.com/r9W2GbcgyD

When #theoffice no longer pops up on your Netflix “continue watching” pic.twitter.com/NsPDgaoqxG

It’s more clear than ever that Peacock is aware of just how lucky it is to have The Office on its platform. The service recently revamped its subscription plans’ descriptions specifically for The Office fans who haven’t let go of the streaming switch that’s transpired. As well, Peacock is seemingly disregarding the hundreds of other films and shows it has to offer to potential customers.

Peacock’s free plan reminds fans that they only have access to watch the first two seasons of The Office. However, join the premium plan and viewers can watch plenty of The Office content including “never-before-seen footage and deleted scenes.” Peacock clearly wants The Office fans to know that the premium plus plan is really the only way to go since it includes “all of” the series without ads. 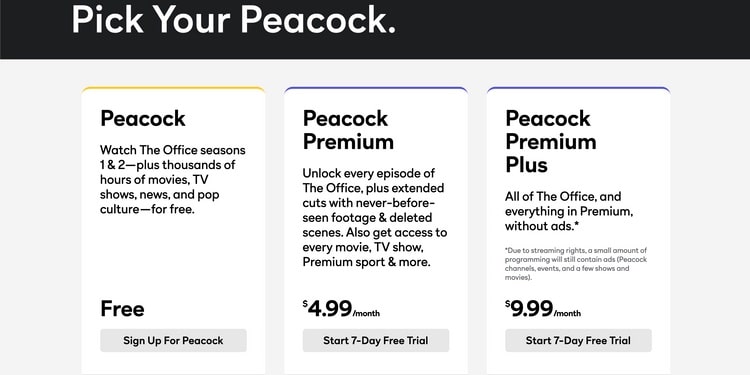 Despite Peacock’s attempt to attract The Office viewers through targeted ads and reworked price plan descriptions, a lot of fans still aren’t over losing the show on Netflix.

I’ve already gotten ads for The Office on Peacock. No thanks, put it back on Netflix

Seeing all the ads for the office on Peacock feels like my best friend is being held hostage but there’s no way in hell that I’ll pay the ransom.

I agree. And I have no intention of subscribing to Peacock in order to watch it.

The Office leaving Netflix and only being available on Peacock where there’s commercials and no theme song skip … …….. .. pic.twitter.com/Q8tYLRlnHV

What are your reactions to The Office leaving Netflix for Peacock? Let us know in the comments below. 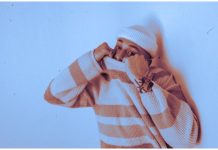