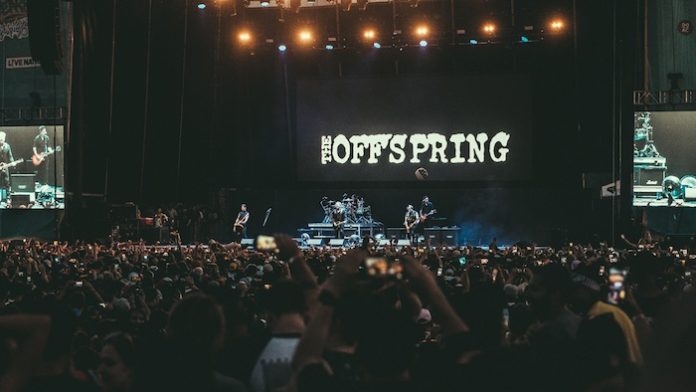 The Offspring are co-headlining a tour with Canadian punks Sum 41 later this year, but it’ll be without founding bassist Greg Kriesel.

Kriesel is suing the band over alleged trademark infringement and breach of partnership agreement over the rights to the band name.

Some fans may have noticed Kriesel’s absence at their recent live shows, and it’s a bit more clear why now.

The bassist alleges in the documents that his fellow members attempted to “seize the business, business opportunities, and assets” last October of the partnership amongst the group’s founding members.

He further alleges the band members sought to divest him from their partnership interests and rights without fair compensation, denying his continued status as a general partner of the band.

The punk rock veterans have been touring over the past few months while their next studio album is reportedly complete. It’s currently unknown if Kriesel will appear on the new record.

So far, every one of the band’s releases features Kriesel alongside Holland and Wasserman. During their recent shows, they’ve had No Doubt‘s Tony Kanal and H20‘s Todd Morse filling in.

The band have as of yet still not commented on the alleged lawsuit or released a statement on Kriesel’s status with them.

You can read the entire court document here.

What do you think of Greg Kriesel allegedly suing his fellow founding Offspring bandmates? Let us know in the comments below.