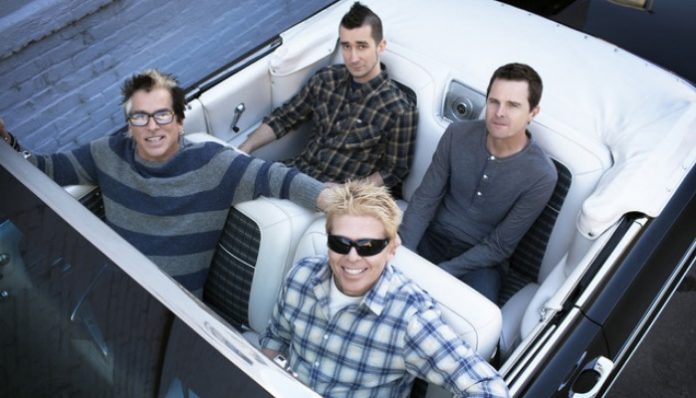 The Offspring will perform a concert later this week, but it won’t be at a venue — it’ll be inside of a video game.

The band will start their virtual performance that will take place within World Of Tanks, a popular online simulated shooter game.

Within the game map, players will see a stage where they can watch the rock band jam out. The show will be available starting Sept. 18.

“We’re excited to announce that @worldoftanks has invited us to perform inside their game. Beginning Sept 18 you can join us on a virtual stage right in #WorldofTanks. The game has never seen anything like this before, so we’re excited to be the first!” the band tweeted.

We’re excited to announce that @worldoftanks has invited us to perform inside their game. Beginning Sept 18 you can join us on a virtual stage right in #WorldofTanks. The game has never seen anything like this before, so we’re excited to be the first!#wot #WGFest19 pic.twitter.com/7oXkJ1EXoG

The multiplayer game is free-to-play, so if you’ve never checked it out, it might be a good week to start and check out a virtual concert from the rock veterans.

As for real-life shows, the Offspring are set to headline Four Chord Music Festival with Real Friends, Simple Plan and more.

The festival takes place at Highmark Stadium in Pittsburgh on Sunday, Oct. 6. Tickets are one sale here.

After that festival appearance, the band will hit the road with Sum 41 in November. The tour will take place in Canada.

You can see the list of dates for those shows below.

What do you think of The Offspring performing a virtual concert in a video game? Sound off in the comments down below!