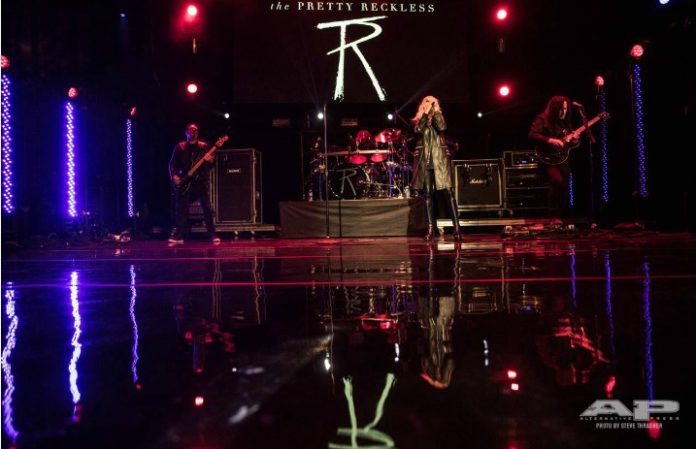 Next year’s Download Festival in the UK has announced today they’ve added 37 more acts to their lineup including the Pretty Reckless who have also confirmed they have a new album on the way.

Among the list of newly announced bands are Babymetal, Killswitch Engage, Volbeat and more who will be joining the previously announced headliners and support acts.

On top of the four previously mentioned additions, the festival added 33 other bands across the three days.

🤘🔥 37 NEW NAMES have been added to your #DL2020 line up including @VOLBEAT, @kseofficial, @BABYMETAL_JAPAN and MORE! 🤘🔥 See who’s joining you in Donington Park next June HERE 👉 https://t.co/lzuQk4pLQF pic.twitter.com/ShFR9WTzax

With each band added making their announcement posts on social media today, the Pretty Reckless are also teasing album number four is on its way. Their post included a caption saying “It’s coming…#tpr4” with a photo confirming they will be performing at the fest on June 13. They’ve also posted some updates on their Facebook page which you can see below.

The band’s last album, Who You Selling For, came out in 2016 and they haven’t released new material since then.

Download Festival UK is taking place from June 12 to 14 2020 in Donnington Park. Tickets for the festival are on sale now and you can purchase them here and find out more about the lineup here. Headliners include Kiss, Iron Maiden and System Of A Down with plenty more acts to be announced later.

What do you think of the newly announced bands on the Download Festival UK 2020 lineup and the Pretty Reckless teasing a new record? Let us know your thoughts in the comments below.