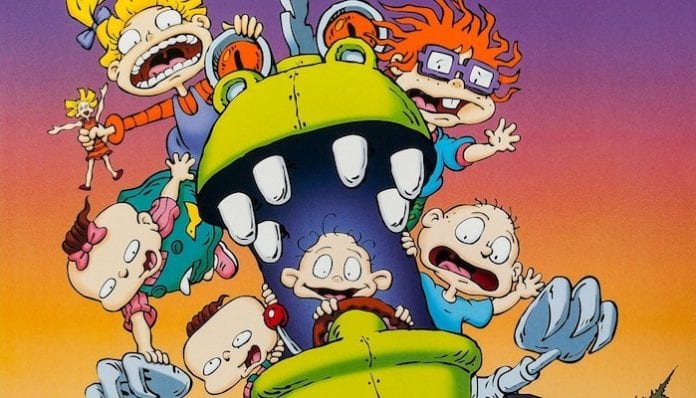 When you think of the greatest ’90s TV shows of all time, you may think of Friends. However, if you were a ’90s kid, your go-to was definitely watching Rugrats with your fanny pack full of Beanie Babies.

The babies made a huge splash 20 years ago in their full-length film The Rugrats Movie. In honor of this anniversary, the film’s soundtrack will be released on vinyl. The movie itself was the highest-grossing animated film from a television show when it was released.

Read more: This metal cover of “You’re A Mean One, Mr. Grinch” is incredible

You may know a ton of artists on the soundtrack that will really take you back to the glory days of the ’90s.

No Doubt, Elvis Costello, Busta Rhymes, Devo and Lisa Loeb are among the artists on the tracklisting. One song, “This World Is Something New To Me,” features the vocal stylings of Lenny Kravitz, the B-52s, Violent Femmes, Iggy Pop, Patti Smith and more.

This anniversary vinyl drops Nov. 30 and can be purchased here. Additionally, limited-edition orange vinyl can be ordered here.

You can hear No Doubt and Elvis Costello rock out on “I Throw My Toys Around” and check out the soundtrack’s full tracklist below.