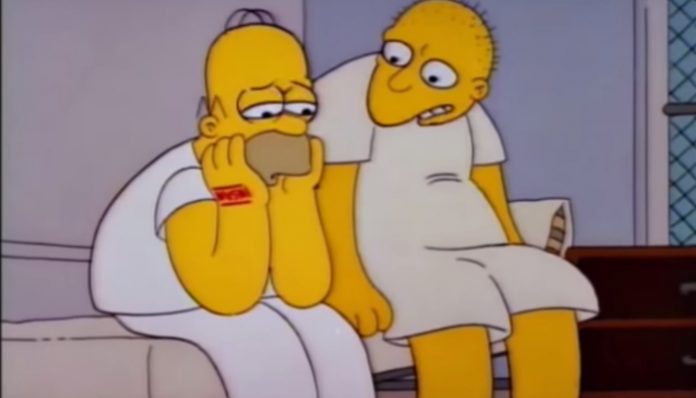 Back at the beginning of 2019, The Simpsons cut their episode featuring Michael Jackson over allegations of sexual abuse and it looks like Disney+ is opting to keep it that way.

The streaming platform does not have the episode on their service alongside the dozens of seasons available.

The episode “Stark Raving Dad” featuring Jackson as a psychiatric hospital patient sharing a room with Homer sees his character thinking he is actually Michael Jackson. He tries to convince Homer he is the singer by singing “Billie Jean” and even doing the moonwalk.

The episode caps off with Jackson’s character helping Bart write a song for Lisa’s birthday before revealing he knows he isn’t actually Jackson.

If you have a Disney+ subscription, you won’t be able to watch the episode there and will have to rely on home copies or illegal streaming to watch it if you want to.

In light of the controversy revolving around the Leaving Neverland documentary, the creators decided to get rid of the episode.

Showrunner Al Jean even went as far as saying Jackson used the episode as a way to groom young boys.

“The guys I work with– where we all spend our lives arguing over jokes — were of one mind on this,” says producer James L Brooks back in March when the original decision was made. “It feels clearly the only choice to make. The documentary gave evidence of monstrous behaviour. I’m against book burning of any kind. But this is our book, and we’re allowed to take out a chapter.”

Brooks adds that “this was a treasured episode. There are a lot of great memories we have wrapped up in that one, and this certainly doesn’t allow them to remain.”

In other Simpsons and Disney+ news, fans have been very riled up over the aspect ratios of the episodes on the streaming service. Currently, the episodes are stretched to match larger screen sizes but are cutting off important animations.

What do you think of Disney+ choosing not to include the Michael Jackson episode of The Simpsons? Let us know your thoughts in the comments below.