See how ‘The Umbrella Academy’ characters were adapted for Netflix

Netflix‘s The Umbrella Academy has become a smash hit since its debut and now we’re getting our first look at a book reflecting the transition from Gerard Way‘s comic series to coming to the streaming service.

In an exclusive with Screen Rant, a handful of pages from the upcoming release are on display showing behind the scenes looks, early character concepts and more.

Read More: Here’s how the majority of Americans feel about attending shows again

The Making of the Umbrella Academy is documenting a lot of the early developments leading from the comic series to the show.

One page available shows off collectables including a lunchbox, trading cards, and posters. 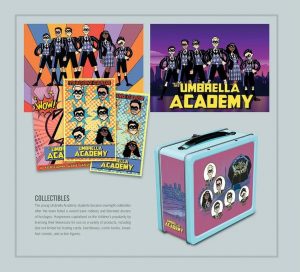 Another shows off some old school comic book covers from the series as well as several character posters. 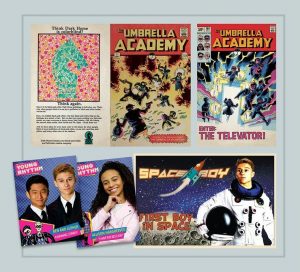 Elsewhere, we’re getting to see how Luther Hargreeves made his transition from the comics to the show. Further, we get to see some costume fittings for the character and some side by side comparisons showing how well the comparisons came out in real life. 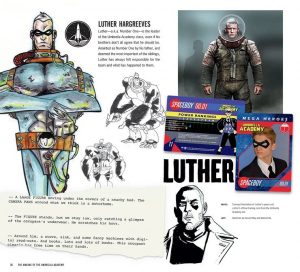 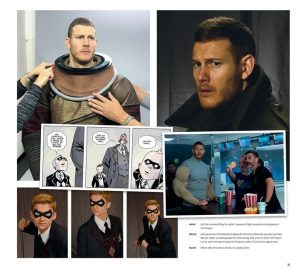 Then, Commission agents Cha-Cha and Hazel are getting a page which is displaying the changes to their masks that ended up happening in the adaptation. 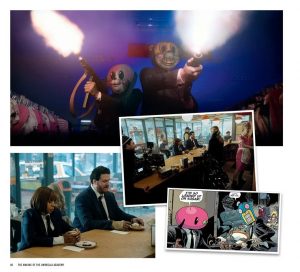 We’re also getting a glimpse at some behind the scenes shots of Britton and Blige as well as early character concept illustrations. 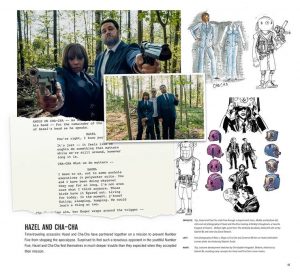 All in all, the book looks like the perfect thing for a dedicated fan who wants a more complete picture of how the show and comic differ.

The book is arriving on July 14 and can be pre-ordered here.

The show is currently gearing up for its second season which is not facing production delays over the coronavirus shutdowns.

Showrunner Steve Blackman gave fans some very good news amid the pandemic that the show wouldn’t face any release delays like other shows and movies have been.

The show’s music composer Jeff Russo has also gave a bit of info in an interview with Comicbook.com about the direction he’s aiming for with some of the changes happening next season.

Actor Justin Min also gave us an update from his home showing himself recording audio for the show so it can arrive as originally planned.

Are you excited about the Umbrella Academy making of book to come out? Let us know your thoughts in the comments below.