The rock icons relinquish their songwriting credits to the ’90s hit “Bitter Sweet Symphony” to the former lead singer of the Verve after a contentious lawsuit in the late ’90s.

“Bitter Sweet Symphony” by the Verve was one of the most enduring alt-rock tracks of the late ’90s. It propelled the Wigan, U.K.-based band—fronted by vocalist/songwriter Richard Ashcroft—everywhere. And it also broke them up.

According to Kembrew McLeod’s book Freedom Of Expression: Overzealous Copyright Bozos and Other Enemies Of Creativity, “[The Verve] eventually settled out of court and handed over 100 percent of their songwriting royalties because it seemed cheaper than fighting for a legal ruling that might not end in their favor.”

Jagger and Richards had no problems with the appeal, and according to a statement Ashcroft tweeted, “agreed to give me their share of the song,” thereby reverting songwriting royalties solely back to Ashcroft, However, Jagger and Richards still maintain publishing rights, a source told Variety.

In his statement at the awards show, Ashcroft said, “This remarkable and life-affirming turn of events was made possible by a kind and magnanimous gesture from Mick and Keith, who have also agreed that they are happy for the writing credit to exclude their names and all their royalties derived from the song they will now pass to me.”

“Bitter Sweet Symphony” was a massive success internationally for Ashcroft and the Verve, with the album Urban Hymns going gold in the U.S., double platinum in the United Kingdom and nearly 350 million streams on Spotify. The Verve broke up two years later (later regrouping in 2007 for the album Forth). But it was the massive response to Urban Hymns that got Ashcroft on the cover of AP 118 back in May 1998. 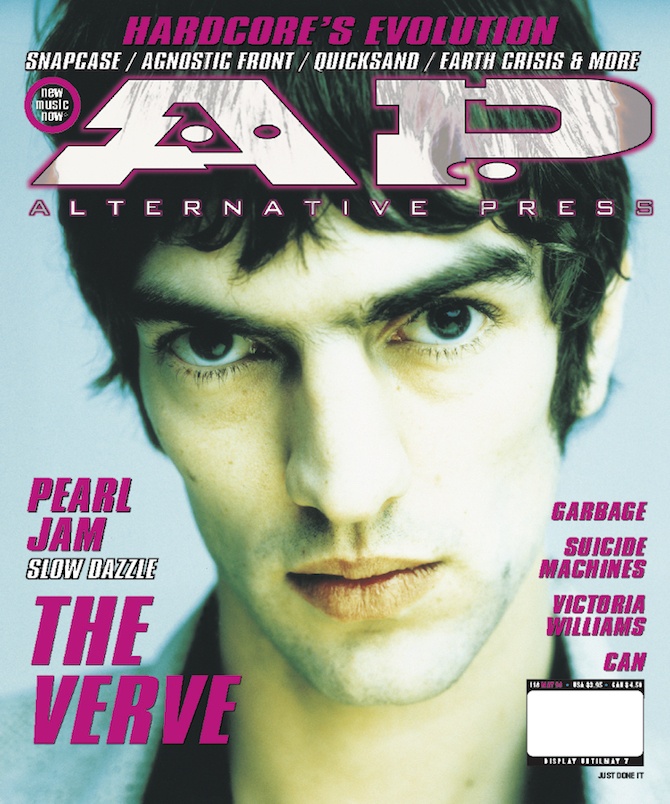 At one point he said [Klein’s company] ABKCO is ‘dealing with a band they shouldn’t be fuckin’ messing with because they will suffer the consequences.’

“Looking back at his quotes, I’m also struck once again by his integrity, which he’s always maintained,” he continues. it wasn’t that he’d miss out on considerable royalties he was due.

In the story, Ashcroft told Cherry that he gave his share of the royalties from the Nike deal to charity. Cherry hints that maybe the universe is paying the singer back in ways completely unheard of in the music business.