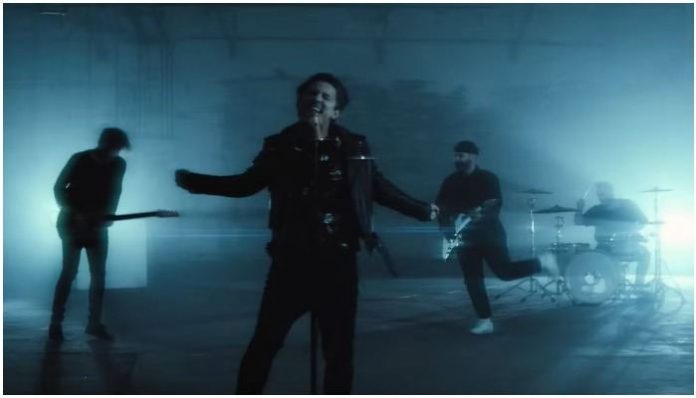 The Word Alive shared the third single off their upcoming album MONOMANIA with “NO WAY OUT” with a striking music video.

The band previously dropped “BURNING YOUR WORLD DOWN” and the title track for the upcoming LP.

Last October, TWA dropped the first single off the new LP with “BURNING YOUR WORLD DOWN,” using the track as the first step to redefining the band.

“We pushed ourselves, pushed our boundaries and we will certainly push the boundaries of what people perceive as The Word Alive,” says frontman Telle Smith. “We wrote an album that will define The Word Alive and this is just the beginning. Welcome to the new chapter of our story.”

Earlier this month, the band announced the name of their upcoming album with the release of its title track and accompanying music video.

“With “MONOMANIA,” I wanted to capture the emotional roller coaster we go through as we continually kill our true selves battling the ‘madness’ we feel as we struggle with who we are, wondering at times if there’s any point to all of this,” says Smith about the track itself. “Sometimes, we’re so desperate to be heard that we get lost attempting to fit in or to stand out.”

“It’s fucking hard learning what feels like hard lessons over and over. We fail to take ownership of our thoughts and actions, pulling us further away from facing who we are. You only really overcome that by trusting in yourself, because that’s the only way you can break the cycle.”

Now, TWA dropped their latest single off the upcoming album with “NO WAY OUT.”

The band surprised fans with the announcement of the new track on Twitter.

The worst thing a person can do is lose themselves completely, and that’s exactly what happened to me.

Step into my darkness with “No Way Out.” => https://t.co/DqFJdf3Tzv pic.twitter.com/8JwgYpvHOU

The track is a reflection of their lead singer’s journey to find himself again.

“‘NO WAY OUT’ doesn’t hold back, as it instantly pulls you into the darkest day of my life,” says Smith. “It’s a story I needed to tell for myself just as much as someone else may need to hear it. The worst thing a person can do is lose themselves completely, and that’s exactly what happened to me.”

In the visual, we follow a young Telle after he finds a necklace, after which he receives powers he doesn’t know how to control.

Check out the cinematic music video for “NO WAY OUT” below!

The new track is available to stream here.

MONOMANIA drops Feb. 21 via Fearless Records and is available for preorder here. Check out the tracklisting below.

TWA hits the road with Falling In Reverse and Escape The Fate next month. Tickets are available here and dates are below.