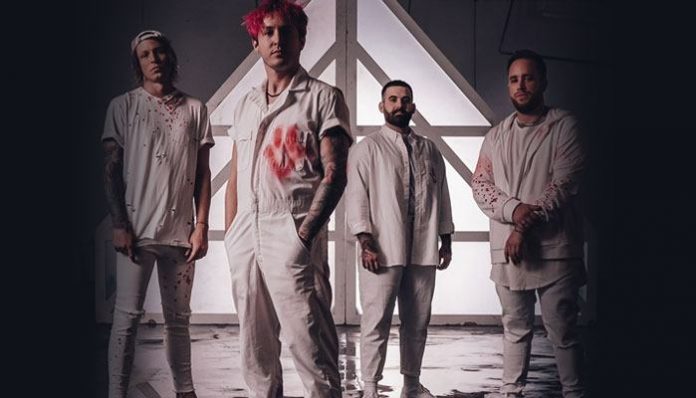 Telle Smith of the Word Alive and Babs Szabo of Emo Nite chatted on the Fearless At Home livestream to share their craziest experiences from past shows and events.
Smith noted how the Word Alive is often asked if they can help with proposals and invite the couple onstage to pop the question.

In Lawrence, Kansas, a fan asked the group if he could propose to his girlfriend at a concert. When the time for the proposal came, “I had seen him a few songs before that side-stage and he didn’t look all that happy and I was very confused,” Smith said.
Smith said that the fan shared, “Well, I was going to propose to my girlfriend, but I was in the pit and I accidentally bumped into a girl and knocked her over, so I picked her up.” His girlfriend thought he was “flirting with the girls in the pit” and ended up leaving.
He noted that the fan went on to say, “Fuck it, I’m going to propose anyway. I’m sure she’ll see it on YouTube.” He then got down on one knee and proposed without his girlfriend present.
“We’re just standing onstage baffled by this,” Smith said.
The band caught up with the fan years later. Smith reported that the couple got back together and was engaged for a short time, but she decided to leave again. “I hope he finds his pit queen,” Smith said.
Check out the full details of the story below.
Szabo also shared some wild times from Emo Nite. “I have so many, I feel like I have to write a book at some point,” she said.
She discussed how she was once surprised at an event when rapper Young Thug walked out onto the stage. During a blink-182 song, he asked, “Who is this?” and researched the band in front of a packed venue.

Fearless Records is selling t-shirts and posters during the stream. All proceeds will benefit Crew Nation, a fund benefitting touring and venue crew members who are currently out of work. You can directly donate to the fund here.
Tune into the whole livestream here from 3-5 p.m. EST to see more epic performances from artists such as Grayscale, iDKHOW, August Burns Red and more. Check out the playlist curated by Fearless Records to showcase all of their artists.